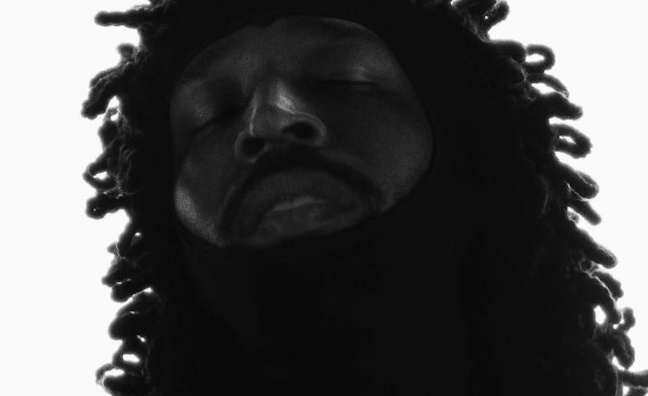 In the new edition of Music Week, the industry pays tribute to the life and work of Jamal Edwards in a special feature.

Edwards, founder of SBTV and a pioneer in the UK music industry and beyond, passed away aged 31 in February this year. Music Week gathered a host of those who have worked with and alongside Edwards to share their memories.

Here, in an extended version of his in print tribute, rapper and producer Jammer - an influential figure in grime and modern UK rap - shares his recollections of his time with Jamal Edwards.

Jammer was part of N.A.S.T.Y Crew and created the Lord Of The Mics clash series, later joining Boy Better Know (BBK). The collective enjoyed a fruitful relationship with SBTV, boosted by Edwards’ videos and support. Jammer’s story begins with his memory of the first time he met Jamal Edwards. Read it below, and read the full collection of tributes in the new edition of Music Week.

Rest in peace Jamal Edwards. Condolences to Jamal's family and friends from all at Music Week. pic.twitter.com/ARh13UORCU

“The first time I met Jamal was on Logan Sama’s Kiss FM show, I was with Skepta and Jme, and he pulled out his then ubiquitous camera and started to film as we walked into the studios.

“I was taken aback a little bit because I didn’t know who he was then. Logan quickly stepped up and explained that this was the Jamal he’d been telling me about; Jamal was working with Logan to film some of the ‘Keeping It Grimey’ content. Jamal introduced himself to me, Skepta and Jme then kept on filming.

“We went on to do a set, Logan was playing the beats, and Jamal recorded it. The energy was great. After that Jamal and I became cool, he reached out to me to do an SBTV video and from there we started working together on many freestyles with me as an artist but also with Boy Better Know. This was the start of an amazing relationship, Jamal became family.

“Jamal’s channel SBTV was so important at the time when it started to blow. Music was transitioning from physical products to online and streaming. He was integral in that transition, a key player and a visionary, no one could have foreseen the way he would change the game at the time, but if you look at the way music is consumed today, it’s all part of Jamal’s incredible vision that helped create what we see now.

“I love and respect Jamal for all his work. Just three days before his passing I met him to discuss partnering on my new talent show with the 8Bars app. As usual, he was so enthusiastic and we sat talking and bouncing ideas about.

“I went to the Lake District for the weekend and it was when I got back I got a call saying he’d passed away. To say that I was so devastated is an understatement, I still don’t think it has sunk in fully. One of my first thoughts was that I’m going to ensure I finish my project in Jamal’s name, and with everything Jamal had already achieved I know his name is one that will live forever through all his groundbreaking work.

“Jamal’s achievements are a testament to how much of a hard worker he was and how much he poured into the culture. He had a heart of gold, was always humble and was always pushing the culture by any means he could.

“Another side to Jamal was Jamal ‘Smokey Barz’ Edwards the MC! Not a lot of people knew how much love for MC’ing Jamal had, I was lucky enough to share the stage with him at a BBK show at Bestival on the Red Bull stage. Skepta, Jme and I all pushed him to spit his Smokey Barz lyrics to the crowd, he did and it was a monumental moment. I remember the crowd going mad!!! That’s a memory of Jamal that will stay with me forever.

“Jamal’s death is such a massive loss to the UK and to the culture and my heart is heavy thinking about what we all lose by losing him. My heart goes out to his family.