'I couldn't have hoped for anything better': Tom Walker talks his breakthrough year 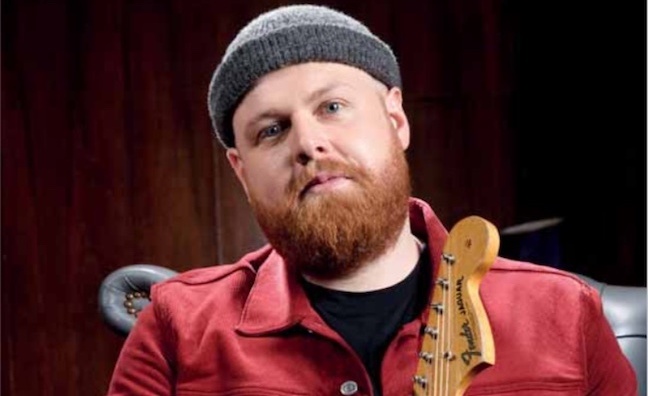 Tom Walker has opened up on his BRIT Award-winning breakthrough year in a new interview with Music Week.

The 27-year-old, who stars on the cover of our latest edition, out now, has released the best-selling debut LP of 2019 so far in the gold-selling What A Time To Be Alive (127,545 sales, OCC) and embarks on his biggest UK headline tour to date in October.

“It was well received by the fans, which is super important, and obviously it’s done quite well commercially, which makes the label and various other people happy. I was buzzing with the result,” said Walker, who stars on the cover of this week’s issue.

The album came out just weeks after Walker won the British Breakthrough gong at February’s BRITs.

“I couldn’t have hoped for anything better really,” he said. “The timing between the BRITs and the album coming out was ridiculous and very fortunate.”

Relentless-signed Walker’s million-selling single Leave A Light On, co-written with hitmaker Steve Mac, dropped in October 2017, but took until the following June to reach its UK peak of No.7.

“I think it was Italy that broke first, then Germany and then it started picking up in England,” recalled Walker. “We had a sync with the Sony Bravia TV ad and it went mental after that. I’m looking forward to getting my PRS cheque!

“I knew it was special when Steve and I made it, it seemed to tick a lot of boxes. It’s a special song about something very personal to me [a close friend’s struggle with addiction] and those are the ones that connect.”

ASCAP Vanguard Award-winning songwriter Walker, who is back in the Top 10 with follow-up Just You & I, said he did not feel any extra pressure from working with a hitmaker as prolific as Mac.

“I try not to Google the writers before sessions because it scares me a little bit,” he said. “When I did an EP [2017’s Blessings] with Jim Abbiss he had all these discs on the wall – Adele, The Temper Trap, Bombay Bicycle Club – he’d produced so many of my favourite albums and I didn’t even know. It was nice to figure him out as a guy before knowing the amount of amazing stuff he’d done, and it was the same with Steve. Otherwise, it’s just a bit scary.”

He added: “I’ve learned a lot from everybody I’ve worked with. With Steve, it’s just the simplicity of something repetitive but good. A song can have meaning and depth, but a fairly straightforward chorus and that is why it’s got mass appeal. Steve is good at spotting that. When we were doing the chorus [to Leave A Light On], I said, ‘Surely we should put some more into it?’ And he was like, ‘Nah, it’s perfect’. Turns out he was right!”