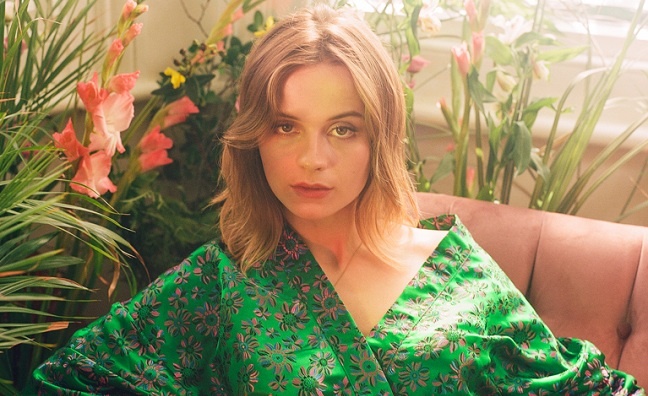 BBC Music Introducing Live 2019 kicks off today (Thursday, October 31) with a line-up of top industry execs and artists at Tobacco Dock in East London. There’s a full preview of the event in the latest issue of Music Week.

As well as appearances by Catfish And The Bottlemen, Maisie Peters, Jake Bugg, The Amazons, Celeste and Easy Life, Gabrielle Aplin is returning to the three-day event, which is aimed at young people pursuing a career in the music industry.

“I was there last year on a panel with amazing songwriters,” Aplin told Music Week. “This year it's a bit more specific about how I'm running my career as an independent artist.

“When I when I was there last year, I met a lot of young people who want to be working in the music industry but are not quite sure what they want to do. And I was like that as well: when I was studying, I didn't know whether I wanted to be a publisher or an A&R or whatever. It was just really nice to see how many people turned up and were really inspired – and loads of women as well, which was brilliant. Because when I was in college doing a music production course, I was one of a few ladies on my course.”

Aplin will be sharing her industry insights at 2.15pm on Saturday (November 2) at The Borderline. The singer’s Never Fade Records, which is partnered with AWAL, releases music by Aplin and other artists.

“I worked with Parlophone and Warners for a few years and then I kind of took control,” she said. “I took ownership of my work and decided to set up a small label and put my music out through it and work with AWAL. It's a very different process but just as rewarding. I want to talk a lot about how you don't have to just go and get a record deal and get signed. There’s a lot of less traditional, artist-friendly deals floating around that have a lot of incentives.”

Aplin recently dropped new single Like You Say You Do and has confirmed the release of her third studio album, Dear Happy, on January 17.

“I'm running things now,” said Aplin. “It's a really exciting time for people to be running their careers. There are so many resources these days that you don't have to do anything traditional anymore. It's really exciting – people coming up with great ideas and great ways to release music to people who want to hear it. So I’ll be talking about that really.”

“[Dear Happy] is the first album that I’m putting out myself with AWAL, we have a really great deal with them and it's really exciting to be told I can just do what I want,” said Aplin. “[But] I actually have to do it as well! I have to crack the whip with myself a little bit, but it's been rewarding, every decision has been mine. I think it's my best work and I'm really excited about it. I just can't wait for it to come out.”