Inside Lawson's comeback with Cooking Vinyl 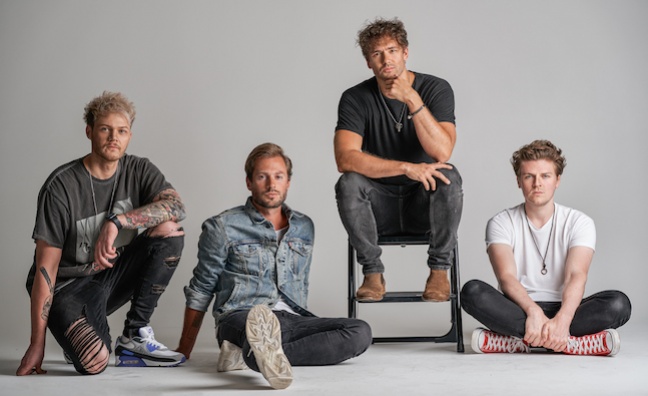 Pop-rock act Lawson have returned with their first LP following a new deal with Cooking Vinyl.

The band’s third album, Cmd Z, is their first in five years. But there have been challenges around the roll-out, including a delay to the original May release date as a result of the pandemic.

“Unfortunately with both Covid restrictions and geographical locations of the band members, it’s been tricky to build a meaningful in-person schedule around the album release, even filming content together as a band has been difficult to achieve,” said Chris Farrow, Cooking Vinyl’s head of marketing and product management.

“But the band did not want to delay the album release any further as fans had been waiting patiently for it and the campaign had already seen the release of a number of tracks as singles and instant grats. Lawson were proactive in finding new routes to market during the campaign with lockdown sessions on Instagram. When lockdown eased, they performed two high-quality filmed live streams via Veeps – one a full band live performance and another more stripped back acoustic.”

Lawson charted at No.23 with 2016’s Perspective (Global Talent/Polydor). Their 2012 debut Chapman Square peaked at No.4 and has sales of 182,204, according to the Official Charts Company.

Lawson’s first week chart position for Cmd Z will likely be impacted by manufacturing issues on the vinyl format, as well as the lack of touring opportunities. But Farrow expects physical sales to be central to the campaign.

“Physical, particularly the CD format, has been key, via the official store the band offered early bird fans the opportunity of having their name printed in the CD artwork, plus there are signed physical CDs and a limited edition tape format,” he said.

For their first album in five years, Lawson are now negotiating the streaming landscape. They currently have 259,701 monthly listeners on Spotify.

“Right from the get-go, streaming was of course a big focus for the band, as that element of the music industry has changed massively since they last released an album,” said Farrow. “They have been very open-minded about working with other writers and also been very proactive in deciding on the choice of tracks to pitch to DSPs.

“There have been a number of Spotify New Music Friday playlists across the campaign along with other Spotify playlists such as New Pop Revolution, New Pop UK and A Perfect Day, which has led to over two million streams there alone. But there has also been support from traditional media with Radio 2, MTV and tabloid press all coming on board.”

“They love being independent, as they have the ability to just do what they love, have fun and not have the pressures of a major label,” he said.

“We have already seen meaningful radio play and video support across Europe, and in Asia there have been some great moments with the video for the single Lovers reaching No.1 on Channel V Asia's Rock,” said Farrow. “It also was added in high rotation on TV Asia Live 365, LionHearTV in Thailand and Singapore. VH1 India selected Lawson as one of their Spotlight Artists for July as well as supporting all singles and videos via streams features and playlist addition.”

The campaign continues with plans for more music and their first tour in six years in October and November.

“Like a lot of other bands, Lawson have more material ready to go following the album release,” said Farrow. “They’re excited for the prospect of seeing their fans at their forthcoming headline UK tour including a show at London’s Shepherd’s Bush Empire.”