Inside Shygirl's plan to topple the music industry boys' club 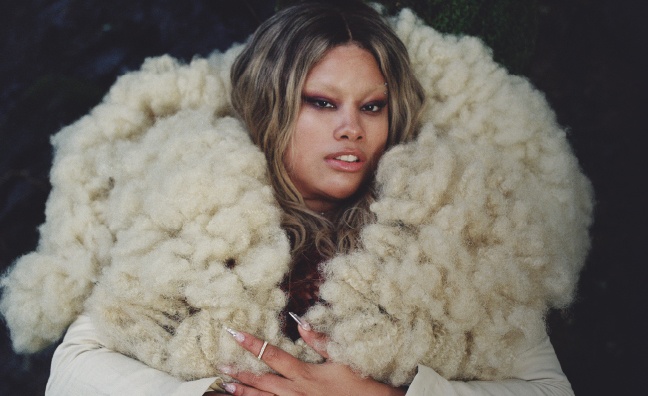 Shygirl has told Music Week that there are “too many boys’ club men” in the music industry.

Nymph, Shygirl’s debut album, is out today via Because Music and the South London artist told us how she plans to bring about change in the business with her boundary-pushing electronic music.

Primarily, she is pushing for more women in technical roles behind the scenes.

“There’s too many boys’ club men in this industry and it’s hard to work with them,” Shygirl said, speaking in the new edition of Music Week. “Don’t get me wrong, I like working with men, I’m not someone who particularly loves the idea of all-female teams. I want a diverse team and I want to be able to pick people based on their skillset and how they work together. But sometimes I’m just stuck with who’s available. A lot of the things I work on are with a lot of queer people, or dealing with queer vibes and we can’t always have like, super-hetero guys there on set.”

Shygirl – who founded the Nuxxe collective and Muise Management before her recording career took flight – said that, while she has encountered barriers in the industry, her journey so far has felt “quite seamless”.

“I think it’s because I’m older and I’ve had lots of other jobs,” said Shygirl, who arrived in the industry at 27. “I’ve been working since I was 12 and I’ve always enjoyed being entrepreneurial. We didn’t have much money so if I wanted it, I had to get it for myself.” 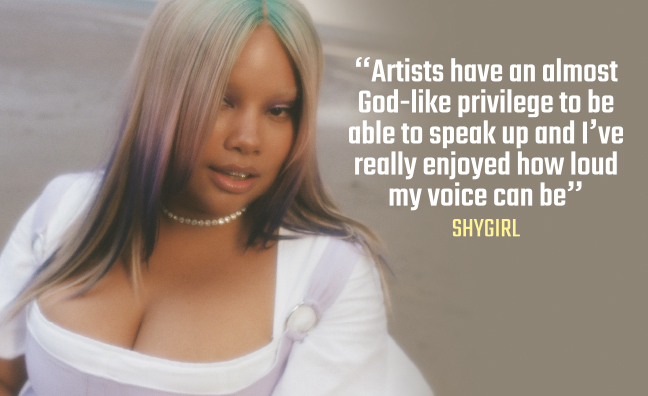 She continued: “I think there are certain barriers that occur in life that will always occur because I’m a woman, or because I’m Black or whatever. But I’ve stopped noticing them sometimes in certain spaces because, like, you’re so used to it happening. It is just a way of life now.”

“It’s good to have these two really strong women, who interact really differently, but who I feel supported by,” said Shygirl. “There are certain things that women just get about each other that I don’t want to have to explain anymore. And also, like me, Sarah’s from a mixed background. That’s really important to me, to have that understanding of experience. When it comes to my inner sanctum of people I go to the most, I really don’t want to be explaining myself, I just want to be understood.”

Shygirl, who broke in 2020 during the onset of the Covid pandemic, assisted by the TikTiok virality of her track Uckers, also revealed that she feels similarly comfortable with label Because.

“I don’t love the British way of dealing with things,” she said. “Sometimes I think it’s quite outdated. There’s a lot of old men and the vision isn’t there. I liked Emmanuel’s [de Buretel,founder] way of interacting with people. It’s just broader.”

Speaking about record labels more generally, Shygirl said that she encountered “a lot of lip service” before signing with Because.

“Don’t get me wrong, I love a wheeler-dealer, a risk-taker, a gambler,” she said. “A lot of these label bosses are like Del Boys in suits. I respect that, but I wasn’t interested in it.”

Shygirl also spoke about the mechanics of breaking acts in 2022.

“The way a lot of British majors break acts is that they really focus on the UK,” she said. “I wasn’t interested in that. The biggest fanbase I have right now is in America. And I felt like with [Because], they just saw me as new European music, they weren’t niche-ifying me any further than that. In the UK, I would have been further in the niche of alternative, rather than just being heard.”

Finally, Shygirl told us that she feels artists have “an almost God-like privilege to be able to speak on certain things”.

“I’ve really enjoyed that and how loud my voice can be,” she affirmed. “It has made me think about exactly what topics I want to be loud about.”