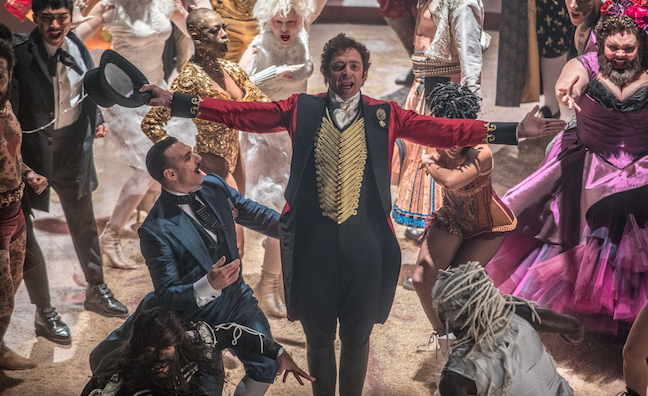 The soundtrack has been revealed as the recipient of the IFPI’s award for Global Album of 2018. It moved 3.5 million units based on physical and digital sales (streaming is not factored into the IFPI albums tally).

It follows the IFPI award for Global Artist (Drake) and the Global Single of 2018 for Camila Cabello’s Havana.

Released alongside the film in late 2017, The Greatest Showman OST was a global success, topping charts in Australia, Japan, the UK and US. The album also reached No.1 on iTunes in over 60 countries. This is Me, the lead single, charted in the Top 5 in the UK and the Top 10 in multiple other countries. It also inspired a successful covers album.

Lousada said: “At a time when the global possibilities for music feel limitless, it’s fitting that the biggest record of the year defied expectations and took the industry by surprise. This phenomenon was ignited by unique voices and beautifully crafted songs, then amplified by our amazing marketing teams and the power of super passionate fans. It’s been fantastic for everyone at Warner and Atlantic to help The Greatest Showman’s message of tolerance and acceptance cascade across the world.”

This phenomenon was ignited by unique voices and beautifully crafted songs

Frances Moore, chief executive of IFPI, said: “The Greatest Showman soundtrack was the jewel in the crown of a year that reminded us of the powerful role music plays in connecting audiences with the movies they love. Alongside the movie itself, we have seen the soundtrack truly embraced on a global scale.”

The film’s star, Hugh Jackman, opened the BRITs with a Greatest Showman performance.

Having missed out to Drake in the overall artist rankings, South Korean boy band BTS now have to make do with second and third place in the global albums rundown with Love Yourself: Answer and Love Yourself: Tear. But the combined sales of 5m are comfortably ahead of The Greatest Showman.

Moore added: “BTS’s ongoing phenomenal success is evidenced by them taking both second and third place in the album chart and demonstrates how their music has the power to engage with people all over the world. Their work, talent and dedication is matched by the passion and commitment of their global fanbase.”