'It hit a popular nerve': How Radio 2 led the ELO revival 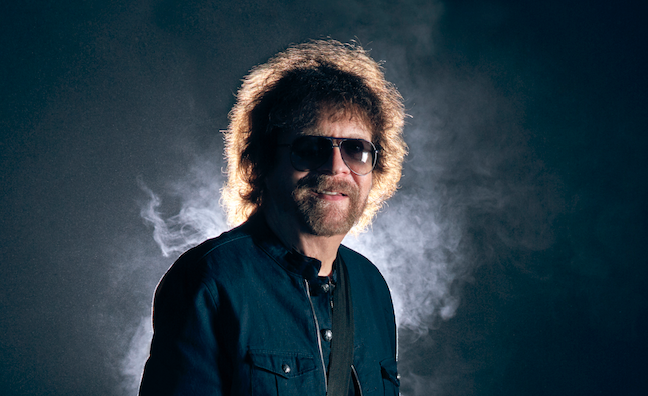 Jeff Lynne’s ELO are celebrating their first No.1 studio album in 38 years.

From Out Of Nowhere opened at the summit with first week sales of 21,062, according to the Official Charts Company. It followed a surprise mid-week switch to the compilation chart from the BBC Children In Need frontrunner Got It Covered.

Signed to RCA, the ELO revival actually began with the band playing a major festival show without a new album to promote. Jeff Smith, head of music, BBC Radio 2, booked Lynne to headline the station’s 2014 Live in Hyde Park show.

“The event that really set our stall out in a different direction was ELO a few years ago,” he told Music Week. “Because, certainly the music that Jeff has created over the years, in the ’70s, ’80s, is a really important part of our music mix for all of our audience. But that show was something that was completely different – no album, no deal, it was almost like having a new artist who was so well known. We sold out straight away with that one, it really hit a popular nerve.”

Smith added: “Subsequently, since then Sony re-signed ELO and sold lots of repertoire. It’s a great story of how Radio 2 and this event set up and recalibrated ELO for their fans and a new audience.”

According to the Official Charts Company, in the five years since that televised Radio 2 Hyde Park show ELO have sold around 1.5 million albums. Alone In The Universe, the 2015 comeback and first hit record in almost 30 years, has moved 348,729 copies (OCC). The 2017 Wembley Or Bust live album has sold 66,399 copies.

As well as new releases, ELO catalogue has become a consistent performer since they became an active band again. The 2005 collection All Over The World – The Very Best Of has sales of 551,299 since October 2014, according to the Official Charts Company. It peaked at No.1 in summer 2016. Other strong performers over the same period include Out Of The Blue (74,474 sales since October 2014), The Classic Albums Collection (73,930) and Mr Blue Sky – The Very Best Of (54,093).

The success of that ELO performance has led to Radio 2 actively looking to book acts for Hyde Park who want to try out a comeback, or are not actively promoting a new release. Pet Shop Boys headlined this year ahead of new music in 2020.

“When I talked to Jeff Lynne and his manager Craig Fruin about doing that [2014 show], there were no plans and there was no new album,” said Smith. “In fact, the whole set they did was hits, because they had nothing new to bring out and they weren’t even signed.

“Can we find more core artists and maybe bands that have disappeared, but have had loads and loads of hits in the UK and USA, and can we bring them back together and recreate them for this event? The BBC is well known for that kind of curation, reinventing artists and music, looking at how we can re-present those to our audience and do something that is unique in the marketplace. I’m always looking to see if I can reunite [a group] or bring them back for an event, and either give them a headline position or put them as part of our line-up.”