'It's been lovely': Jeff Lynne on ELO's triumphant comeback 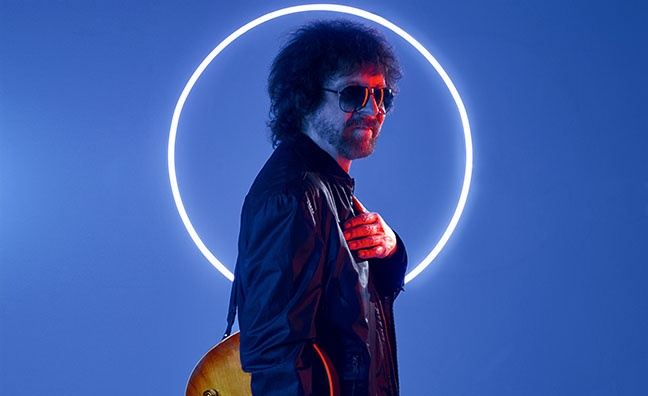 Jeff Lynne's ELO are on course to put the seal on their triumphant comeback with a No.1 album today.

The legendary act's new album From Out Of Nowhere (RCA) was sitting pretty at the albums summit in Wednesday's midweeks on sales of 16,307, according to the Official Charts Company. The BBC Children In Need covers album was the early frontrunner but has since been moved to the compilations chart, leaving Lynne with a clear lead over Michael Kiwanuka’s critically-acclaimed Kiwanuka (11,283 sales), which is at No.2.

From Out Of Nowhere is the follow-up to 2015's platinum-selling Alone In The Universe (348,511 sales), the second record of new material since the group disbanded in 1986, and the first since 2001's Zoom.

“It’s just very hard to have 30 years off during your career. It's not been done that often," laughed Lynne, speaking in the latest issue of Music Week.

Since their 2014 return under the Jeff Lynne's ELO moniker, the band's achievements include headlining BBC Radio 2 Live In Hyde Park five years ago and Wembley Stadium in 2017, as well as playing the Glastonbury Sunday afternoon legend slot in 2016. Last night, they performed at the BBC Radio Theatre in London as part of Radio's 2's In Concert series.

“It’s got bigger and bigger and every year has contained a surprise package, like Wembley or Glastonbury," said Lynne. "It’s all been upwards and it’s been lovely, I can’t complain at all. It’s just odd to pack it up for 30 years then get stuck in again and have more fun than I’ve ever had before.”

Subscribers can click here to read the full interview with Lynne, where he discusses his work as a producer and shares stories of The Beatles and Traveling Wilburys.