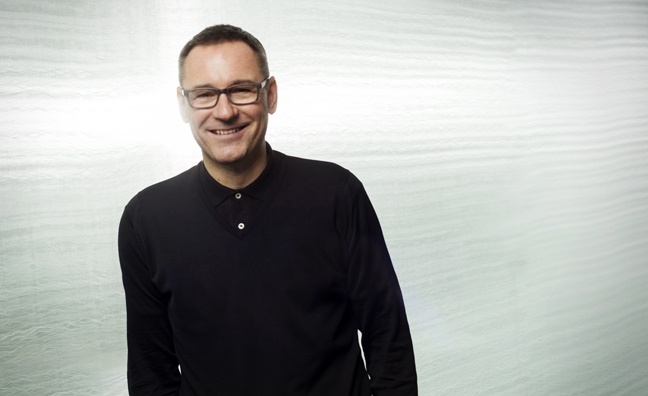 Sony Music UK boss Jason Iley has been made an MBE in the Queen’s birthday honours.

Iley, who has been chairman and CEO of Sony Music UK & Ireland since 2014, was awarded the gong for services to the music industry and charity. He was chairman of the BRITs committee, which overseas the BRIT Awards, from 2017-2019.

“Receiving this honour for working in an industry I love so much is a total privilege and beyond any expectation I could have had,” said Iley. “I am immensely grateful to have worked with some of the most talented artists in the world and this is truly a career highlight. I'm proud to work in an industry that has such a profound influence on culture and creativity around the world."

Iley heads a long list of names from the world of the music in this year’s list, delayed due to the coronavirus pandemic. Veteran singer-songwriter Joan Armatrading is made a CBE, ELO mastermind Jeff Lynne is made an OBE and original rock’n’roller Tommy Steele is made a Knight Bachelor. Renowned bassist Yolanda Charles is now an MBE.

“I am absolutely thrilled to have been awarded an OBE for services to music," said Smith. "Over the past 50 years, I have dedicated my career to working in, working for, and representing a sector that I truly love and have a great deal of passion for. It has been a privilege to represent the rights of musicians and performers around the world on so many occasions and to work with so many wonderfully talented colleagues down through the decades. I would like to thank them all for their support.

"Covid has dealt a nasty blow to the careers of so many in the music sector and I will continue – along with my colleagues at PPL, FIM and other organisations – to do all I can to safeguard their future prospects and the future of music.”

PPL CEO Peter Leathem added: “On behalf of all the team at PPL, I would like to heartily congratulate John on his OBE for services to music. He has been a tireless campaigner for the rights of musicians and performers throughout his distinguished career and he deserves this recognition being bestowed on him. His unwavering commitment, extensive knowledge, and boundless passion for music and our sector makes him fantastic to work with and an ever-effective chair for PPL and all those we represent. I am delighted for him, not just as a colleague but as a friend, and look forward to seeing what more he will achieve in the years to come.”

“The BPI extends its warmest congratulations to Jason Iley on being awarded an MBE in the Queen’s birthday honours for his services to music and charity.  Jason is a tireless champion of new British talent drawn from all backgrounds. As former chair of the BRIT Awards and through his work with The BRIT School, The BRIT Trust and MIND among other charities, he has shown himself to be a passionate advocate of music education and mental well-being.

“We also congratulate PPL Chairman, John Smith, on his OBE honour," added Taylor. "And we are delighted to see the breadth and depth of British music talent, from Joan Armatrading to Dizzee Rascal, and Lady Leshurr to Jeff Lynne, among others acknowledged for the outstanding contribution they have made to British music.”

Songwriter Barry Mason – writer of Delilah and Love Grows (Where My Rosemary Goes) – picks up an MBE, as does vocal coach Carrie Grant. Songwriter, producer and TV composer Tony Hatch is made an OBE.

The world of black music is well-represented with Lady Leshurr (aka Melesha O’Garro) and former Music Week cover stars Krept & Konan – aka Casyo Johnson and Karl Wilson – awarded the British Empire Medal, and Dizzee Rascal/Dylan Mills and Mica Paris picking up an MBE.

Karen Gibson, founder of the Kingdom Choir, also receives an MBE for services to music. The Kingdom Choir performed at the wedding of Prince Harry and Meghan Markle.

“Gospel music delivers a message of love, hope, joy, faith, courage and unity – and it has been the greatest honour in my life to see people the world over enjoy the inspiration of this genre,” said Gibson. “Over time, my work taught me that I was not only teaching singing, but that I was also equipping people with tools for life, and so my ambition has always been to continue to do this with great intention.”

Gibson’s manager, InterTalent chairman Jonathan Shalit – himself an OBE – praised the singer, saying: “Working with Karen Gibson has been one of the great honours of my life. Karen embraces in her soul the true meaning of gospel. Her life is about ‘good’ and ‘truth’.”