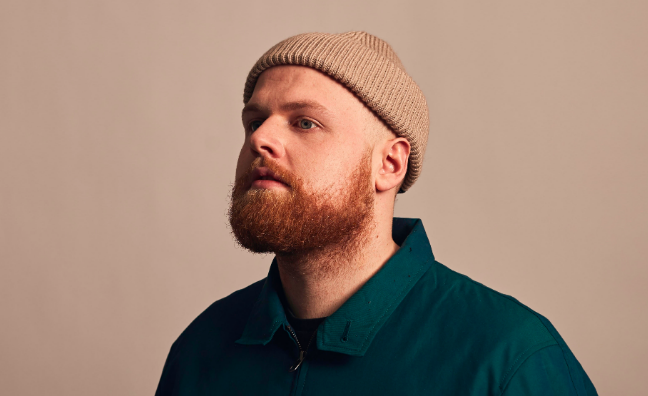 Tom Walker’s manager Simon King has told Music Week that securing a pair of BRITs nominations is “brilliant” as the singer-songwriter prepares to launch his debut album.

Walker is nominated for British Breakthrough Act and British Single for Leave A Light On (Relentless). It is up against tracks by Anne-Marie, Dua Lipa & Calvin Harris, Clean Bandit, George Ezra, Jess Glynne, Ramz, Rudimental and Sigala & Paloma Faith.

Leave A Light On, which has sales to date of 800,407 (Official Charts Company), peaked at No.7. The song was written with Steve Mac.

“It's brilliant that Tom has been recognised with these two BRIT nominations and shows how far he has come as a songwriter and artist,” said King, MD of Covert Talent Management. “It’s been four years of hard graft from Tom and the team and we are all so proud of what he’s achieved both in the UK and the rest of the world.

“The British Single nomination is fantastic, as Leave a Light On was such a big hit around the world and a song that touched so many people.”

Walker has already enjoyed wins for Sync Artist Of The Year at the Music Week Sync Awards and the ASCAP London Music Awards.

He has released new single Just You and I ahead of debut album What A Time To Be Alive, out in March. The album was originally scheduled for October last year but ended up being pushed back, which now looks like a smart move as it ties in neatly with the BRITs ceremony.

“With his album coming out on March 1 it is perfect timing and is an awesome start to the campaign,” said King. “To be part of the BRITs is a huge honour and we are so grateful to them and to everyone who has helped us get here.”

In the British Breakthrough Act category, Walker is up against Idles, Ella Mai, Jorja Smith and Mabel.

“We are thrilled with the British Breakthrough nomination as it shows that Tom’s growth as an artist in the UK as well as globally has been recognised, and is well deserved,” added King. “He travelled all over the world last year (he took 120 flights) playing live to just under a million people. He had the most played song on French radio and performed on some of the biggest TV shows in the UK and rest of Europe.

“We’ve worked hard to build a strong foundation in the UK and internationally and always had a shared vision and focus with Tom, Relentless, Sony Music and Universal Publishing of Tom becoming a global star.”

It is yet to be confirmed whether Walker will be among the performers at the February 20 ceremony, which airs live on ITV. In recent months, he's played Leave A Light On on the Top of The Pops Christmas edition and The X Factor.