'It's a phenomenal platform for classical artists': Presenter Myleene Klass on the Classic BRITs 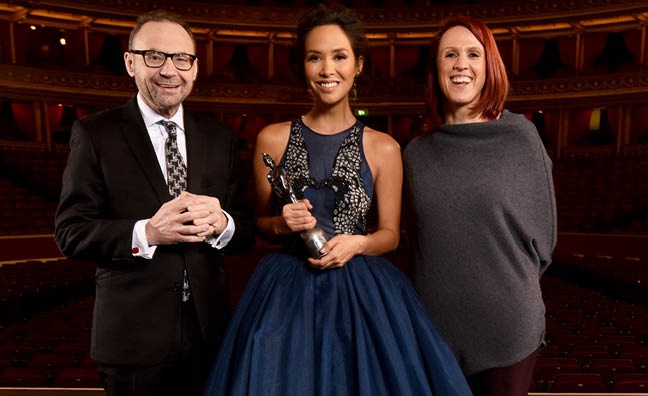 Classic BRITs presenter Myleene Klass has spoken to Music Week about the event's return for the first time in five years.

The ceremony will take place tomorrow night (June 13) at the Royal Albert Hall and will be broadcast this Sunday on ITV. It has been reformatted and refreshed to celebrate both classical and music from the worlds of film, television, theatre and games.

"I don’t think it should’ve ever gone away so I’m super happy that it’s back with a bang," said Klass.

Performers will include Katherine Jenkins, who will perform Never Enough from the UK’s biggest selling album of 2018 so far, The Greatest Showman OST. The awards will also feature 24-year-old pianist Beatrice Rana, Alexis Ffrench and Pretty Yende, and Andrea Bocelli and Bryn Terfel, who previously performed together at the 2003 awards. Tokio Myers will also appear with the full Royal Philharmonic Orchestra.

"I think that it’s a phenomenal platform for classical artists," said Klass. "The Classic BRITs gives you an introduction to the wonderful world of classical music, but with the best artists."

Andrew Lloyd Webber is to receive a Special Recognition Award for Musical Theatre & Education, Dame Vera Lynn has already been announced as the recipient of the Lifetime Achievement Award, while Tokio Myers will be named Classic BRITs Breakthrough Artist Of The Year.

Klass said there had been a "massive resurgence" in the genre's popularity.

"I work at Classic FM and we have over 5.5 million listeners," she said. "We’ve got the largest show on commercial radio in that particular time slot and I think that speaks volumes.

"There was a time when people’s idea of classical music played to the parody of it being stuffy and I think they are now more au fait with how it works. It’s just another form of wonderful music.”

This week's issue of Music Week includes a special feature investigating the resurgence of classical music and related genres in the charts.