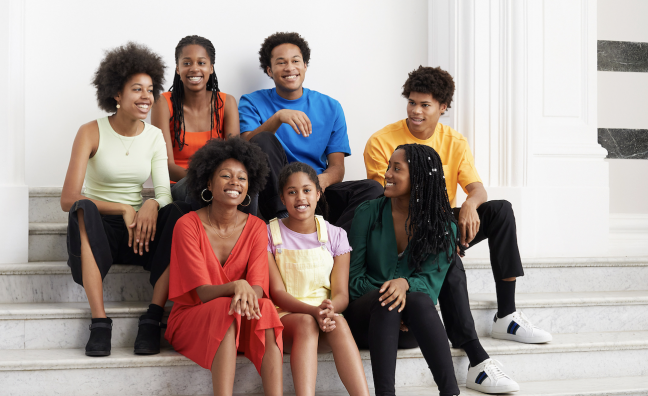 The Kanneh-Mason family has teamed up with actor Olivia Colman and author Michael Morpurgo to release Carnival, their first album together.

Sheku Kanneh-Mason MBE has enjoyed success with Decca since appearing with his siblings on Britain’s Got Talent in 2015 and winning the BBC’s Young Musician Of The Year award in 2016.

Now, together with siblings Isata, Braimah, Konya, Jeneba, Aminata and Mariatu, he is releasing his latest project Carnival via Decca Classics on November 6.

The album was recorded at Abbey Road Studios and includes poems written and read by Morpurgo, who is joined by Colman, the Oscar-winning star of The Favourite. Musical backing comes from French composer Saint-Saëns’ Carnival Of The Animals.

The Kanneh-Masons said: “This album has grown from our passion as a family for making music together. This has been a heart-breaking time for musicians and performing artists. We want to share our love of music and our passion for communication. As young children, the power of combining music with storytelling is truly magical and we are honoured to have collaborated with Michael Morpurgo, Olivia Colman and the wonderful musicians who joined us, to create music that celebrates our connection with the natural world. Together, we want to inspire children and adults to listen more closely, to value our world and all the diversity within.”

The Kanneh-Masons are aged between 11-24 and the album represents the debut recording for youngest sisters Konya, Jeneba, Aminata and Mariatu.

Isata Kanneh-Mason recently played the BBC Proms for the first time at the Royal Albert Hall, performing alongside Sheku. The siblings are set to perform at London’s Barbican Hall on October 22 with the performance also streamed online.

Sheku Kanneh-Mason became the first cellist to hit the UK Top 10 albums chart with Elgar in 2020. The LP was made with with Sir Simon Rattle and the London Symphony Orchestra hit No.8 and has 16,209 sales to date, according to the Official Charts Company. His 2018 album Inspiration peaked at No.11 and has 46,898 sales to date.