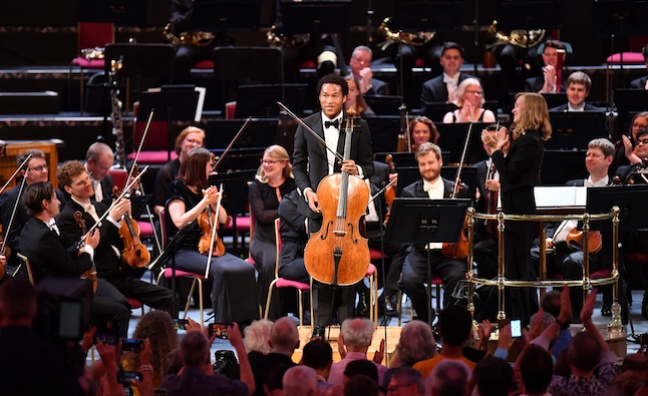 The BBC Proms has confirmed plans for live performances at the Royal Albert Hall.

Whilst it is unlikely there will be an audience at the Royal Albert Hall because of Covid-19 social distancing, the concerts will be broadcast on BBC Radio 3, BBC Four and iPlayer.

In the final two weeks of the Proms, from August 28, there will be a series of live performances from the Royal Albert Hall from high-profile musicians alongside emerging talent.

Each of the BBC Orchestras will perform as part of the live element of the festival. In Proms tradition, the BBC Symphony Orchestra will open and close the series, beginning with an opening night conducted by chief conductor Sakari Oramo. Led by the BBC SO’s principal guest conductor, Dalia Stasevska, the 2020 Last Night of the Proms will feature soprano Golda Schultz.

A number of composers will be commissioned to write works that respond to the current world-wide situation caused by Covid-19. Thomas Ades is writing a new piece for the LSO Prom and Andrea Tarrodi is composing for the Last Night of the Proms.

The early part of the season will be a virtual Proms and include archive performances like the BBC’s Glastonbury coverage.

BBC Radio 3 kicks off this special season on July 17 with the debut performance by the BBC Grand Virtual Orchestra, comprising over 350 musicians from the BBC Orchestras and Choirs.

David Pickard, director BBC Proms, said: “The 2020 Proms will be a season unlike any other in its 125-year history. Music can be a powerful friend in difficult times and Sir Henry Wood’s mission – to bring the best of classical music to the widest possible audience, ‘making its beneficent effect universal’– is more important now than it has ever been.

“Over the eight-week season we are proud to celebrate the BBC’s 93-year guardianship of the festival as well as its continued support for live music. The riches to be found in the archive of the past four decades – including legendary concerts with some of the greatest names in classical music – bear witness to the international standing of the Proms, while two weeks of live performances in the Royal Albert Hall will celebrate the beating heart of music today.”

Alan Davey, BBC Radio 3 and classical music controller, said: “The 2020 Proms are a timeless mix of conductors, artists and great performances from across many eras as well as two weeks of memorable new performances. As an audience member, at these Proms, whether vintage or new, you know you will have the best seats in the house for experiencing them on air and online. Savour the atmosphere of the past and the newly forged - and I hope electric - atmosphere of the present, with the one constant being the magnificent Albert Hall and the great music that happens and has happened there. Throw yourself into this year’s Proms – without limits - and see where great music can take you.“

Jan Younghusband, head of music TV commissioning, said: “It has never been more important for us to deliver great classical performance for our audiences and also support musicians to work in these incredibly difficult times. Working within the confines of what we can do, we really hope the Proms on TV this year will deliver from the archive some of the iconic orchestral concerts of recent years. And the live concerts in August at the Royal Albert Hall will, we hope, be a positive start to being able to do more in the future.”