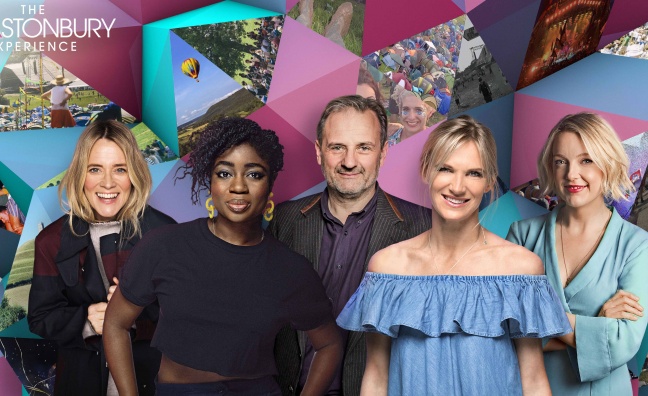 The 2020 Glastonbury Festival may have been cancelled due to the coronavirus pandemic, but the BBC’s virtual festival was still a real smash hit.

On what would have been the 50th anniversary of the festival, the Beeb celebrated Glastonbury across television, the iPlayer, radio and BBC Sounds with archive sets and live presentation from Clara Amfo, Edith Bowman, Jo Whiley, Lauren Laverne and Mark Radcliffe. Artists including Laura Marling, Arlo Parks and Nubya Garcia also played live from Worthy Farm.

According to the BBC, there have been 10.2 million programme requests for Glastonbury content on BBC iPlayer so far – and with content available for another 30 days, those numbers are likely to grow substantially.

Last year, Kylie Minogue set a Glastonbury TV record on BBC One with an average consolidated viewing audience of 3.2m.

“We are thrilled with our audiences’ response to The Glastonbury Experience on the BBC last weekend, which gave all of us music lovers the chance to relive classic performances and sets from the festival across TV, radio and online,” said Lorna Clarke, controller, BBC Pop. “Seeing the reactions from viewers and artists on social media was a joy, and early indications are that millions of people enjoyed our content. Our thanks go to Michael and Emily Eavis for allowing the BBC to broadcast live from Worthy Farm - and we look forward to the return of the festival itself next year.”

“It was surreal and poignant to be presenting from Worthy Farm without the crowds,” said Jo Whiley. “I know many people were left with a Glastonbury-sized hole in their lives this year and so I’m very glad and proud that we could help to lift their spirits and bring comfort and joy through the music of Glastonbury on the BBC.”

* To read our interview with BBC Music TV head of commissioning Jan Younghusband about this year’s Glastonbury coverage, click here. To make sure you can access Music Week wherever you are, sign up to our digital issue by clicking here.