'It's one of the most important electronic music albums of the year': Geffen's Neil Jacobson on Grammy nominee Mura Masa 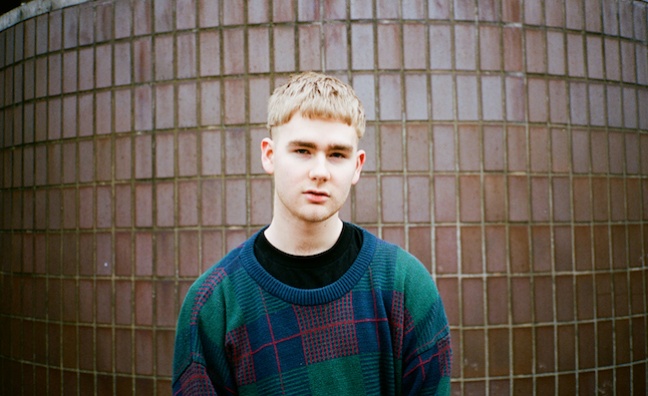 Mura Masa’s critically acclaimed debut is in the running for a couple of Grammys at the weekend, including Best Dance/Electronic Album alongside records by Bonobo, Sylvan Esso, Odesza and Kraftwerk. The UK DJ and producer’s self-titled LP is also nominated for Best Recording Package, which makes Mura Masa (real name Alex Crossan) the first artist to be nominated for both music and creative direction on the same album.

Polydor scored a UK Top 20 placing with the debut, which also made the Billboard 200. Here, Geffen president Neil Jacobson tells Music Week how the Grammy nominations can provide a further boost for Mura Masa’s US career…

As a UK debut artist, what’s Mura Masa’s standing in the US?

It’s an interesting 2018 conversation. I don’t believe these days that regional association means as much. At least with electronic music. It’s valid in the fact that he is a UK artist – Ben Mortimer and Tom March have brilliantly built Mura Masa from the ground up there and Sam Stubbings (one of my favourite managers in the world) took great care in that process but I think the fans here just look at him as shit-fire hot and love him. A lot of his audience is the new wave of barrier-less and genre-free fan that one second listen to Atlanta rap and the next second listen to eclectic electronica and so forth.

What kind of impact did the album make in the US prior to the Grammy nominations?

His album is one of the most important electronic music albums of the year. I think it was the album every forward-leaning fan and journalist responded to. The freshness of his sound and where it sat at the moment of inflection with urban music was a big part of why it spread as widely as it did.

Have the nominations helped the album campaign in the short term?

Absolutely. It’s a great marketing driver for us and a good reason for me to annoy all my media partners with yet another onslaught of promotional phone calls. I am sort of kidding – and I am a phone call-making maniac – but they all love Mura Masa so much that literally everyone has supported us.

How do you plan to build on these nominations to reach a wider audience?

We have been confident we would receive this nomination all year long. It’s just one of those bets you make. As such, we built our US campaign around our current single What if I Go to line up with the Grammy announcements and the show.

What would a Grammy win do for his US career?

I dont think it's the be all and end all. Being nominated was enough to give us a platform to launch the campaign around What If I Go, which we are doing. The win would be a fantastic bonus but it's one of what will be many in this category in the future for Alex.

What are the future plans and ambitions for Mura Masa?

I think What If I Go is an absolute smash hit. I think if we get it right, it's a record that can last for many years – a real copyright. It’s such a beautiful sentiment and a brilliant hook. We think it has real crossover potential.