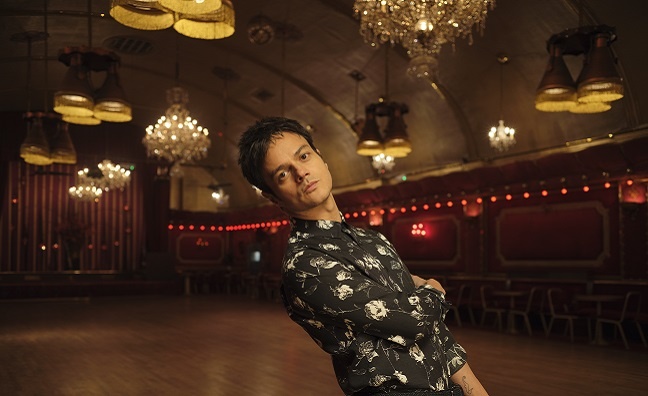 “I don’t want to sound too casual about it, but I started it as a fun adventure,” Cullum told Music Week about his transition from artist to broadcaster. “I certainly never struggled to talk about music in a passionate way, but feeling like being on the radio was natural took a long time. Musicians often think of jumping into radio but, actually, being a broadcaster is a different skill. It’s about drawing people in, particularly if you’re not playing Top 40 bangers. When you’re presenting music that is more on the niche side of things, it’s all about making people want to listen before you press play. I’ve always been a mixtape maker, I’ve always been someone who likes to communicate about music I love. In fact, I remember my PR would beg me to talk more about my music in my early interviews, because I was too busy talking about other people’s!”

In the feature he recalled his early days as an artist, interviewing heroes like Paul Simon, Wynton Marsalis and Van Morrison, and some of the common misconceptions about jazz. Oh, and the time he ended up at Clint Eastwood’s house...

Here, in an unread extract of our interview, Cullum delves deeper into the impact his show has had on UK jazz and gives his thoughts on where the genre stands in 2020…

What do you think your show has done for jazz music in the past 10 years?
“I think I can say, quite confidently, that it’s had a real impact on some people’s careers, and the reason I can say that is a lot of the music I play on the show is of a very niche nature. A lot of people who are playing shows of this kind of music aren’t really expecting more than 50 people to be there, and that’s not in any way to put them down, it’s just because that’s what small jazz gigs are like. Sometimes, when I put people on Radio 2, you’re immediately quadrupling their audience – for an independent jazz musician, just mentioning a gig on the show can make a huge difference. It’s definitely rewarding, but also quite easy because I’m passionate about the music. When it comes to introducing musicians to people, that feels like such a gift. I know if I present the music in the right way, and set it up in the right way, and do a good interview and a good session, the music will connect. I knew when I played Gregory Porter on the show for the first time that people were going to love him and I knew no-one had heard him at that point. There was no question in my mind because it was of such a high quality, I just knew it would work. We had a young musician on the show called Emma-Jean Thackray who’s a producer, trumpeter, composer and also has her own radio show – her music is definitely on the more esoteric, niche modern jazz side. I got emails from people all over the world saying, ‘God, she’s amazing! I never listened to music like this before but I loved the way she spoke about music, she’s so inspiring!’ I had a 8-year-old write in through their parents saying they loved the version of John Coltrane’s My Favourite Things, which I played all 11 minutes of on the show…”

That’s a lot of air time…
“It’s quite amazing, isn’t it? And the thing is, I don’t abuse that privilege too often. Every week, I’m not playing all of A Love Supreme or whatever, I chose my moments to play some things that are really deep and I’ll couch it around other things, leading people through that journey. When I listen to an amazing hour or two of radio, I’m taken on a journey, I’m inside the world of the curator and DJ and broadcaster who’s pulling me through this world of music and, ideally, I’m just there, mouth open, going, ‘What are these sounds I’m being brought into?’ When I’ve seen Questlove or many, many different people over the years - you’re taken on a musical odyssey. I try and recreate that to some degree, but with the warmth you should feel from a mainstream station like Radio 2. You should feel invited in, like you’re coming to sit down by a fire and hanging out.”

What have you made of the growth of jazz music in the UK?
“It’s grown notably. The talent and the music has always been there, I can say that unquestionably. But I think what’s really interesting now is not only is the quality of the music particularly high and creative, but also the young musicians are much better at marketing themselves, and getting out there and creating these collectives, venues, online record clubs and labels. There’s a good connection across the world with other musicians and I think that has a lot to do with the way we consume media now. Also, a lot of these young musicians are also producers as well, so they’re able to make records a lot easier than people were 10 years ago. There’s a lot of young musicians who are so unafraid to connect this world of improvised music and jazz music with club sounds, and sounds that you would hear coming from the bedroom of a young person or a nightclub or whatever, it’s all being mixed. They’re very unafraid to do it in a modern way. The music is of exceptionally high quality and also there’s just this air of confidence – there are no apologies for presenting music that’s a bit difficult or that doesn’t fit in with the mainstream.”