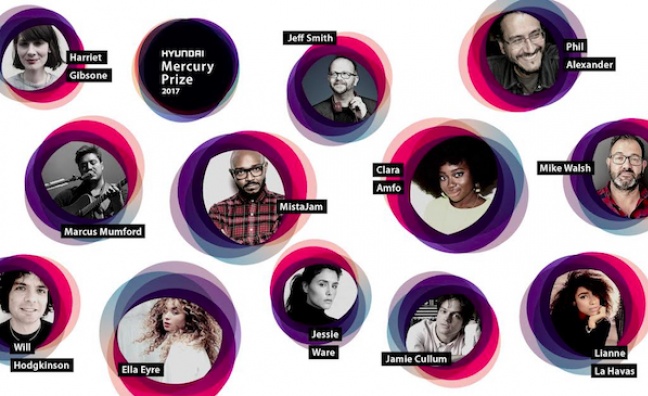 The judging panel has been announced for the 2017 Hyundai Mercury Prize Awards.

Music executive Tony Wadsworth CBE is the chair of the judging panel, with the 2017 Albums of the Year shortlist to be announced on July 27. The awards show will be held at the Eventim Apollo, Hammersmith, on September 14. Broadcast live on BBC Four and BBC Radio 6 Music, it will feature performances from many of the nominees.

"The judges spend several months listening to over 200 albums entered for this year’s Hyundai Mercury Prize and then meet to decide on the 12 Albums of the Year,” said Mercury Prize chairman David Wilkinson. “It’s been an exciting year for UK music – so it’s going to be tougher than ever for them choosing the 12 albums. After last year’s successful event we’re looking forward to an equally diverse and eclectic shortlist being announced on July 27."

The Prize’s digital music partner, Apple Music, will be promoting the Mercury Prize from the initial shortlist announcement through to the Awards Show in September. Apple Music will also help music fans discover new music with dedicated playlists featuring the shortlisted artists.