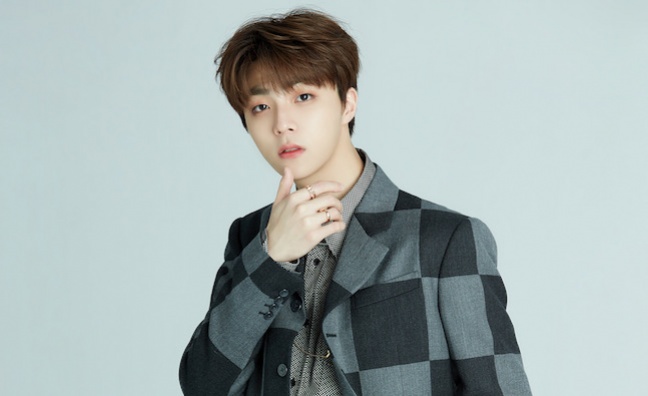 The star’s debut Unbelonging has broken several chart records within Greater China. Since its release on May 29, Chen’s album has been confirmed to have achieved a double diamond certification by QQ Music, with over 500,000 combined albums sold on the platform. Chen is the youngest artist in their history to achieve this.

An official UMGC press release stated that the album “reached diamond status within one-minute of release”, generating more than 4.5 million individual track sales within its first 12 hours on sale.

Unbelonging topped daily, weekly and digital sales charts on QQ, NetEase, Kugou and Kuwo among other platforms on release, and sold in excess of 510,000 combined album units during its first week on sale.

The press release also stated that the album’s hashtag has accumulated more than 1.2 billion views, with 1.7 million conversations generated on leading Chinese social media platform Weibo. This continued with 500 million mentions on its day of release, across Weibo channels.

Speaking of the success, Sunny Chang, chairman and CEO of Universal Music Greater China said: “At UMGC, it has always been our strategic priority and commitment to introduce talented local artists to music fans throughout China, but also to help Chinese music and our artists reach new global audiences through streaming platforms and label partners around the world. Linong Chen’s debut album has delivered breakthrough success in China, as well as making a steady step forward internationally, thanks to his recent collaboration with Hailee Steinfeld, and the support of our partners at Republic Records for that release. We will continue to pave out the paths for Linong Chen and other Chinese talent to be heard by music fans globally, in the future.”

Garand Wu, managing director, Universal Music China, added: “We are thrilled to celebrate the record-breaking success of Linong Chen’s debut album, which has already captivated audiences across China and many other Chinese pop music markets. Universal Music has always been an incubator for emerging artists around the world, with a number of global superstars joining UMG at a young age. It is a priority at UMGC to discover and support young artists, within the global structure of the world’s largest music company. Linong Chen is a multi-talented young artist, who will be a great international ambassador to introduce C-pop music to fans around the world.

Linong was discovered in 2018 as a contestant on the popular reality TV show Idol Producer. He finished as runner-up with 20.5 million fan votes. He joined Chinese boy group Nine Percent as a singer and was a member until the group split in late 2019.

He signed with UMGC as a solo artist in November 2019. Linong is an ambassador for numerous global brands including Adidas NEO, Clear Shampoo and Yili Yogurt.

Andy Chang, Linong Chen’s manager & CEO of A Legend Star Entertainment said: “It is a great privilege for Linong Chen to partner with UMG, the world’s leading music company for the release of his debut album. The team at Universal Music Greater China have been extremely professional, creative and supportive, which has allowed him to fully focus on the creative process and an innovative and dynamic campaign around release. As we continue to work together on upcoming projects, I look forward to more success with UMG on both a local and global level.”