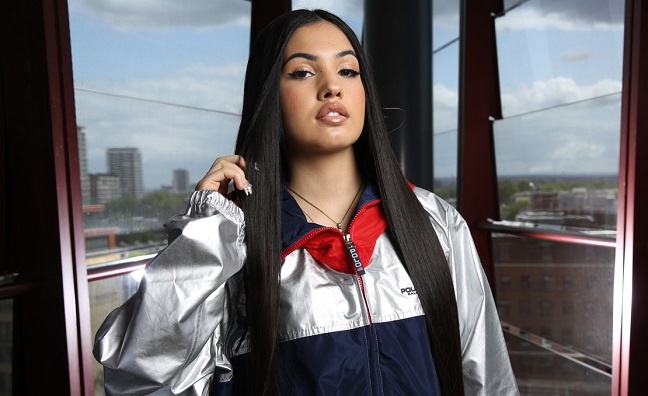 Mabel has announced plans to release a stripped back version of her High Expectations album this week.

The Polydor-signed singer broke the news on Twitter, revealing that High Expectations… Stripped is coming out this Friday (July 31).

“One year ago I dropped my debut album High Expectations, this year turned everyone’s plans sideways and I've been using the time in my home studio,” she posted. “Something a bit more intimate from me…”

Mabel, who first starred on the cover of Music Week in our 2018 new music special, has sold 160,417 copies of High Expectations, according to the Official Charts Company. After appearing on the cover again to mark the record’s release, we named the star Breakthrough Artist Of The Year last December. Her 2019 success was powered by Don’t Call Me Up, which peaked at No.3 in the singles chart and has now sold 1,360,849 copies.

One year ago I dropped my debut album High Expectations, this year turned everyones plans sideways and I've been using the time in my home studio. Something a bit more intimate from me ?
High Expectations (Stripped) out Friday
Big love, M x https://t.co/T9VFcUT53W pic.twitter.com/Cj3jyWfoD9

Back in December, Mabel told Music Week how significant High Expectations has been for her career. “The album made me grow as a person and gain a lot of confidence from making people feel good about themselves,” she said. “It’s really just made my whole life.”

Polydor – currently on a record-breaking albums chart run – will no doubt be hoping for a boost for High Expectations in the coming weeks. There’s previous here, too, as the major added tracks to Mabel’s Ivy To Roses mixtape project to fire streaming in the run-up to her debut album proper coming out.

“Mabel is making a style of pop music that sets itself apart, there’s a difference in her sound to the other successful British pop stars,” Polydor co-president Tom March told Music Week last year. “There’s depth to her writing and her message.”