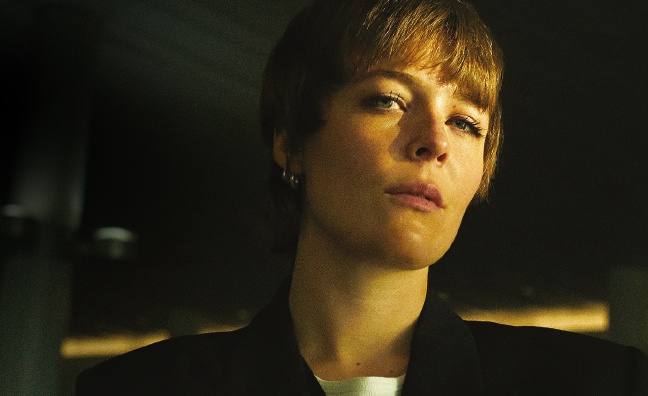 Maggie Rogers is chasing a Top 3 finish for her new album, Surrender (Polydor).

Maggie Rogers has taken her time over the album, in order to fulfil her artistic vision for this project (as well as having to negotiate pandemic restrictions). Despite the lengthy wait for new material - unusual for new artists in the streaming era - she has an impressive 4.3 million monthly Spotify listeners.

The US singer-songwriter and her team have spoken about her return in the latest issue of Music Week.

“Maggie is an artist with a strong sense of purpose and I really commend her for understanding what she wanted to accomplish,” said Jonathan Eshak, Rogers’ manager and co-owner and partner at Mick Management.

Eshak told Music Week that part of Rogers’ artistic rethink was to purposely divorce herself from the producer and writer world in Los Angeles and go her own way.

“Not to suggest anything is negative in that space, but there are so many artists involved with the same producers and the same writers, it’s started seeping into everybody else’s work,” explained Eshak. “She made a decision to remove herself from that and go to the countryside in England with one collaborator to hone in on the statement she wanted to make.”

That collaborator was co-producer Kid Harpoon, aka Tom Hull. The British artist and producer is on the crest of a wave, fresh off his latest chart-topping work with Harry Styles.

Hull and Rogers co-wrote one of the biggest songs on her debut, Light On (185,349,488 Spotify streams). The pair reunited for sessions at Electric Lady Studios in New York and Real World in Bath.

“He is such a dear old friend of mine and really was my partner on this record,” Maggie Rogers told Music Week. “There was something stuck inside of me and he really guided me in helping to get it out.”

Hull, she says, gave her the space to be the biggest and most empowered version of herself.

“As a woman in a recording studio, that is something really special,” she said. “When I hear this record, it sounds so much like me. I feel 100 pounds lighter now that this record is outside of my body.”

Eshak noted that, whilst a lot of the records that emerged out of the pandemic are of an introspective nature, Rogers wanted to head in the opposite direction.

“She describes the record as something that she wanted to sound great on the Pyramid Stage at Glastonbury,” he smiles. “She wanted to be big, she wanted to sound authentic, she wanted to get out of the bedroom and make a record that people were going to be excited to hear when we could put our arm around our friends at a festival and sing along to it. That was the goal and she accomplished it.”