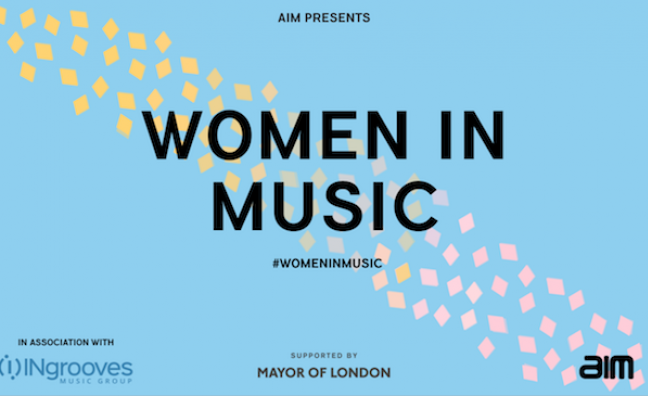 Melanie C was the star of the show at AIM’s annual Women In Music event at City Hall in London.

The former Spice Girl – aka Melanie Chisholm – gave a funny and frank keynote interview, in conversation with Music Week editor Mark Sutherland. The chat covered her career in the mega-selling ‘90s pop phenomenon and as a solo artist, as well as addressing wider issues within the music industry.

“Girl Power was something that we never intended,” said Chisholm. “When we started we were a pop group and we just wanted to sing and be famous and travel the world and we never really thought about that side of things at all.

“But, as soon as we were heading into the music industry, we started to be faced with some sexism,” she added. “We were told girls don’t sell. We would go into magazines and editors would tell us, ‘We can’t put you on the cover because we won’t sell enough magazines that week’.

“That really made us have a bee in our bonnets and that’s when we started talking about Girl Power. We realised we had something really important to say. It gave us even more determination to succeed because we realised very early on, we weren’t just doing it for ourselves and each other, we were doing it for girls. Being told we couldn’t do something was like a red rag to a bull to the Spice Girls.”

The singer-songwriter said things had improved for women in the industry since those days.

“The Spice Girls did have incredible success and made a lot of people lots of money – and that’s a funny old thing for changing people’s minds,” she quipped. “In the last decade or so, the majority of the biggest artists in the world have been women. That’s never happened before. I like to think that the success of the Spice Girls opened doors for that to happen.”

The star now releases her albums independently and said she was enjoying the freedom that brought, with her 2016 album Version Of Me becoming her highest-charting record in the UK since 2005’s Beautiful Intentions.

“Complete creative control,” she said. “You’d be a fool, even as an independent artist, to not listen to what people say and there are compromises to be made in any industry. But, at the end of the day, you make the decisions and do what you want to do. The difficult aspect is losing the infrastructure of the major label and the financial support.”

The event – hosted by AIM’s Lara Baker, who joined Music Week’s Women In Music Roll Of Honour this year – also featured a keynote address from UK Music diversity taskforce co-chair Paulette Long, a panel discussion on Women In The Studio and a debate about Female Entrepreneurship In Music, hosted by London Night Czar Amy Lamé.

AIM is one of the partners in Music Week’s Women In Music event, alongside WIN and UK Music.