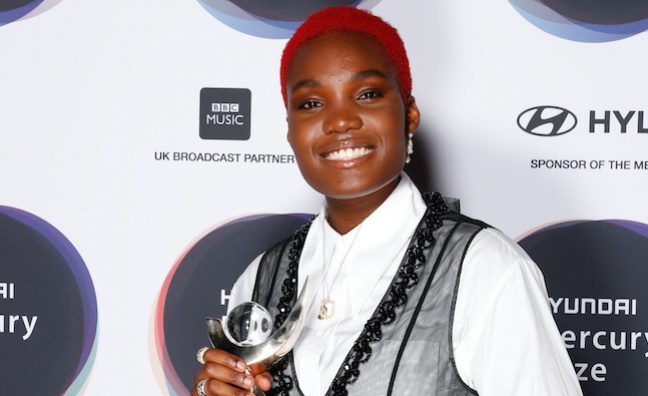 Sales of Arlo Parks’ debut album Collapsed In Sunbeams (Transgressive) have soared since her victory at the Hyundai Mercury Prize on Thursday night (September 9).

The event concluded shortly before the end of the weekly chart sales, so there was no measurable impact on the new albums rundown on Friday. But the Midweek sales flash shows clear gains for Arlo Parks.

Collapsed In Sunbeams has re-entered the charts at No.26, with sales up 601.9% week-on-week. The album, which peaked at No.3, has sales to date of 44,006 (including 21,238 from streams), according to the Official Charts Company. It is officially a breakthrough album this year after appearing in the overall quarterly OCC rankings.

Arlo Parks performed Too Good at the ceremony held at the Eventim Apollo, which aired on BBC Four and BBC Radio 6 Music.

Music Week has reported on the switch from a purchase model to a consumption model, which potentially reduces the impact the Mercury Prize can have on a chart position for the winner and performers.

But there are sales gains for Mercury nominees Wolf Alice, whose third album Blue Weekend (Dirty Hit) is up 65.3% week-on-week, and returns to the Top 75. The No.1 album has climbed from No.132 to No.75. Blue Weekend has sales to date of 62,769 (including 14,414 from streams) - the biggest total for this year’s nominees.

Sales of Celeste’s Not Your Muse (Polydor) are up 194% week-on-week, although it remains outside the Top 100 so far. Released in January, Not Your Muse peaked at No.1 and has sales of 62,449.