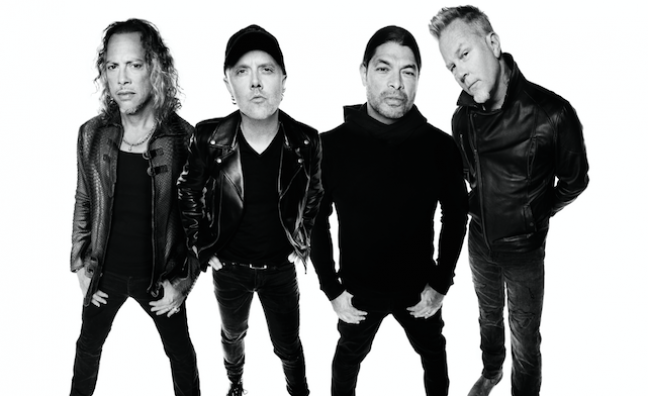 Metallica and The Afghanistan National Institute of Music (ANIM) have been unveiled as the winners of The Polar Music Prize 2018.

Now in its 27th year, the ceremony will take place at Stockholm’s Grand Hôtel, with a banquet presented by His Majesty King Carl XVI Gustaf of Sweden.

James Hetfield said: “I feel very honoured to be in such great company with the others who have accepted the Polar Music Prize.  As myself and as Metallica I’m grateful to have this as part of our legacy, our history. Thank you.”

Lars Ulrich said: “Receiving the Polar Music Prize is an incredible thing, it puts us in very distinguished company.  It’s a great validation of everything that Metallica has done over the last 35 years. At the same time, we feel like we’re in our prime with a lot of good years ahead of us.  Thank you very much.”

Robert Trujillo said: “Receiving the Polar Music Prize is such an honour, especially sharing it with artists (previous Laureates) such as Joni Mitchell, Keith Jarrett and Wayne Shorter, who I admire dearly. It’s incredible to be recognised and honoured in this way, to me, it’s very prestigious. Hopefully this will inspire younger generations of musicians to keep the music alive.”

Kirk Hammett added: “It means a lot to me because we’ve been added to a list of very distinguished artists and musicians who I respect. And to be acknowledged for the work we’ve done. I know how important this is and how much of an honour it is.”

Dr Ahmad Sarmast, founder and director of ANIM, said: “I’m very excited, honoured and privileged to be a recipient of the 2018 Polar Music Prize alongside The Afghanistan National Institute of Music.”

Marie Ledin, managing director of the Polar Music Prize, commented: “We believe that our two recipients, although from very contrasting worlds, exemplify the mission of the Polar Music Prize, and that is to honour musicians and music organisations, whose work has made a difference to people’s lives.  Metallica are loved and admired by millions of hard rock fans across the globe. They have led where other bands have followed and their 2017 world tour broke all records. Dr Ahmad Sarmast founded the Afghanistan National Institute of Music to restore the joy and power of music to children’s lives. ANIM’s work with young people and disadvantaged children is truly inspirational.”

ANIM was founded in 2010 in Kabul by Dr. Ahmad Sarmast, after the civil war. Between 1996 and 2001, music was completely banned in Afghanistan. ANIM focuses on supporting the most disadvantaged children in Afghanistan.

Metallica's most recent album Hardwired...To Self Destruct was released in November 2016 via their own Blackened Recordings label. It debuted at No. 1 around the world, selling over 800,000 copies worldwide in its first week. It has sold 140,524 copies in the UK and peaked at No.2.