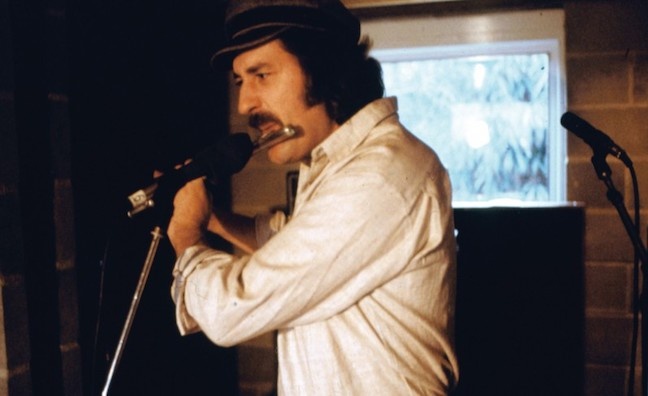 Cherry Red Records and Esoteric Recordings have announced that Moody Blues flautist and vocalist Ray Thomas has died. He was 76.

Thomas, who was a founder member of the band, passed away at his home in Surrey on January 4.

“We are deeply shocked by his passing and will miss his warmth, humour and kindness,” said Cherry Red in a statement. “It was a privilege to have known and worked with him and our thoughts are with his family and his wife Lee at this sad time.”

Thomas was a member of various Birmingham blues and soul groups in the early 1960s. In 1964, he formed the Moody Blues with Mike Pinder, Denny Laine, Graeme Edge and Clint Warwick. The band signed to Decca Records and enjoyed a worldwide hit with their cover of Bessie Banks’ Go Now the following year.

The line-up changed in 1966 along with the band’s musical style: the Mellotron keyboard was incorporated along with Thomas’ flute, and his solo was a key element of the 1967 hit Nights In White Satin.

The band had a run of successful albums, featuring compositions by Thomas such as Legend Of A Mind, Eternity Road and For My Lady. In the mid-‘70s, he recorded two solo albums.

Thomas remained with the Moody Blues until 2002, when he retired from the band due to health issues. Despite mobility issues, he continued to play and record occasionally, contributing a new song, The Trouble with Memories to a 2010 box set of his two solo albums.

Last year it was announced that the members of the Moody Blues, including Ray Thomas, were to be inducted in to the Rock & Roll Hall of Fame in 2018.