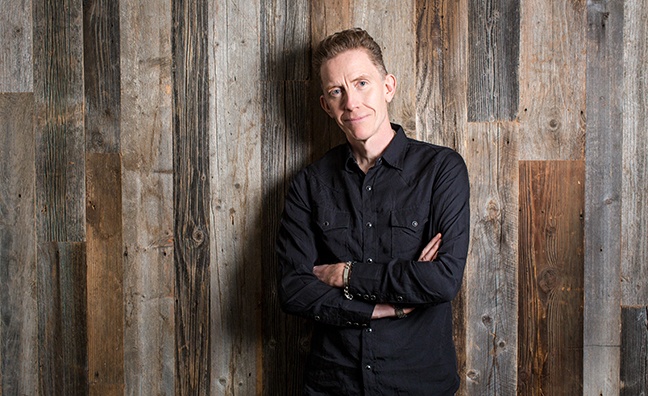 We’ve heard from the music industry about their highs of 2017 (part one and part two) and the lows. Now it’s time to talk about the music, as many of the execs behind the year’s biggest records reveal their favourite albums – excluding those they were involved with releasing, of course – of the past 12 months. It's an eclectic line-up of artists old and new that shows what a rich crop of LPs came out in 2017.

Mike Smith, MD, Warner/Chappell UK
Loyle Carner – Yesterday’s Gone. An album of warm and beautiful poetry straight out of South London set to some of the most inventive, jazzy beats I have heard in a long time.

Jo Charrington, co-president, Capitol UK
Post Malone – Stoney. I know it was released in 2016 but I didn’t hear it until earlier this year. It was a rare moment when I put a record on and just let it play – you can get lost in it.

Frances Moore, CEO, IFPI
÷ by Ed Sheeran. There are some lovely songs on the album.

Kanya King, founder and CEO, MOBO Awards
I have to single out the incredible Stormzy’s Gang Signs & Prayer, which became the first grime album to reach No.1 status.

Michael Dugher, chief executive, UK Music
It’s a joint three (a politician’s answer, I know!): Shed Seven’s Instant Pleasures just blew me away – I’ve not heard an album for years that I so instantly loved; Maximo Park’s Risk to Exist is an outstanding piece of work and feels like a album for our times; Jake Bugg’s Hearts That Strain is a thing of beauty and it immediately transports you to Southern California in about 1970…

Kim Bayley, chief executive, ERA
Lorde’s Melodrama. It not only has Green Light on it – one of my singles of the year – but it’s also a proper, sit-down-and-listen-to-it-all-the-way-through album.

Steve Homer, co-CEO, AEG Presents
St Vincent, Masseduction. She is in a field of her own.

Sammy Andrews, founder/CEO, Deviate Digital
Wolf Alice - Visions Of A Life. Incredible second album. Start to finish a stunning, intelligent and dynamic piece of work, this album should serve to convince anyone that needed proof that Wolf Alice are one of our country’s finest bands and they are also festival headliners. I hope they won’t have to wait too long for that opportunity on home soil.

Jeff Smith, head of music, BBC Radio 2/6 Music
I was honoured for the seventh year to be asked to judge the Mercury Prize and we chose Sampha’s album Process. It remains my favourite album of the year. Raw and sparse it is, however, beautifully melodic. Sampha bodes well for the future of music from this country.

Gadi Oron, director general, CISAC
Mogwai – Every Country’s Sun. It has a great combination of moody and uplifting tunes. They’re a band that are really defining their own genre.

Mike Walsh, head of music/deputy programming director, Radio X
Elbow – Little Fictions. It has been a constant companion all year. I never tire of Guy’s words.

Imogen Heap, artist in residence, Featured Artist Coalition
Dan Black - Do Not Revenge. It got me inspired to listen to music again.

Ali Fletcher, A&R manager, Insanity Records
Mr Jukes –  God First. Good vibes all round and reminds me of old DJ Shadow/RJD2 stuff, which I always loved growing up. Caught me by surprise, too, which is always a great feeling with an album.

Helen Smith, executive chair, Impala
Kiss and Tell by Babe. I really like this band and they are great live.

Amy Wheatley, GM, Ministry Of Sound Recordings
Kelela – Take Me Apart, or SZA - Ctrl. Both incredible talents, with a creative vision to match.

Neil Hughes, MD, RCA UK
Depeche Mode – Spirit. Their best album in 20 years, it had the essence of what every Depeche fan loves about them through every track on the album.

Korda Marshall, EVP, new recordings, BMG UK
The Elbow Best Of is a fine collection of great songs. Ed Sheeran was album of the year by a long way.

Julian Palmer, A&R director, Columbia Records
J Hus – Common Sense. As good a debut album as I’ve heard from a UK artist for some time. A reluctance to conform, or be readily categorised.

Annabella Coldrick, chief executive, MMF
Jane Weaver, Modern Kosmology. We first saw her play at the Lama Festival over 10 years ago and she just gets better and better with each release.

Jason Rackham, MD, PIAS
LCD Soundsystem’s American Dream is probably my favourite record this year, it was great to see the band achieve their first US No.1 Billboard placing. I would also like to give an honorary mention to Common Sense by J Hus, a brilliant debut.