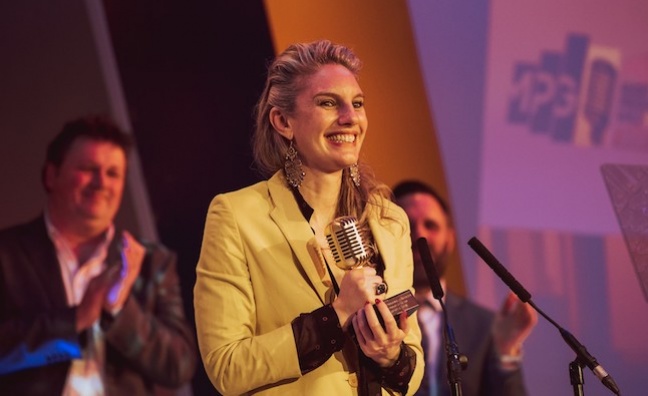 The Music Producers Guild has unveiled the shortlist for its 2019 awards after receiving a record number of submissions.

The event will take place in London on February 28 next year.

Over a third of those shortlisted are women and the three names shortlisted for the MPG’s 2019 Breakthrough Engineer category are all women - Cecile Desnos, Dani Bennett Spragg and Rhiannon Mair.

Catherine Marks (pictured), the MPG’s 2018 Producer of the Year, said: “The MPG Awards are such a great event in our year as it gives us an opportunity to recognise the outstanding achievements of our engineering and producer community. It was such an honour to win Producer of the Year in 2018, especially in a year where so many other women were acknowledged and awarded. I am looking forward to the MPG Awards next year and wish everyone who is nominated the best of luck.”

Other notable names on the 2019 shortlist include Cam Blackwood, Dave Eringa and James Ford who are in the running for the Producer of the Year Award; Four Tet (Kieran Hebden), Jon Hopkins and Tori Amos who are shortlisted in the recently introduced self-producing artist category and David Byrne, Greg Kurstin and Donald Glover (Childish Gambino) and Ludwig Goransson who are shortlisted in the International Producer category.

Final judging for the 2019 awards will take place at Abbey Road Studios on December 4. The winners will be announced at the awards ceremony at Grosvenor House, Park Lane, London, where broadcaster and breakfast show presenter Shaun Keaveny will be the host.

The shortlists for each of the MPG 2019 Awards categories are as follows:

Everything Everything: A Fever Dream

Anna Calvi: Don't Beat The Girl Out Of My Boy