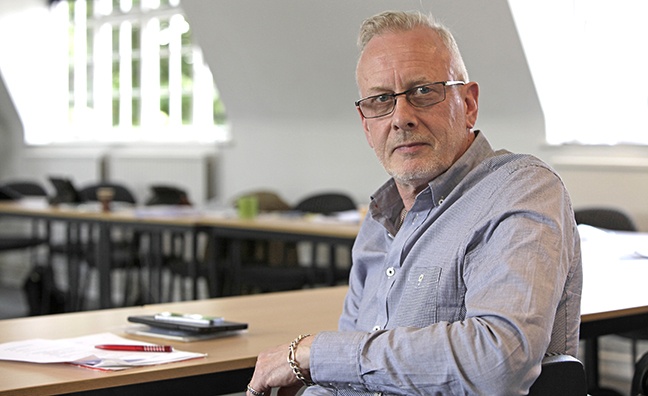 The Musicians Union has defended the extension of general secretary Horace Trubridge’s term of office until 2025.

The statement by Dave Lee, chair of the MU’s executive committee (EC), follows a unanimous decision by the union’s governing body to endorse the move.

Trubridge was elected in March 2017. Under the usual five-year term, he would have been due to face re-election in 2022 if challenged. However, the decision was taken to extend the general secretary’s term of office until retirement on his 68th birthday – January 2025.

The decision was taken in February before the current Covid-19 pandemic hit the UK. But officials said that it underlines the need for a period of continuity at the union, which has also been campaigning to protect musicians’ livelihoods impacted by Brexit and the potential loss of freedom of movement in the EU from 2021.

“The [Executive Committee] is confident that Horace Trubridge provides the quality of leadership the MU needs during these turbulent times,” said Lee.

“With all the uncertainty faced by our members as we navigate withdrawal from the EU, and the extremely effective work the team has done in putting musicians to the forefront of politicians’ minds, the EC was adamant that stability should be sought,” he added. “We have been reassured that our decision was correct by witnessing the union’s rapid response to the crisis faced by our members during this unprecedented Covid-19 pandemic and the readiness to make funds available to ease immediate hardship.”

The decision to extend Trubridge’s term was taken in the light of legal advice by Thompsons solicitors. Lee said a busy agenda for the Musicians’ Union prompted the decision to avoid the “interruption of a possible election”.

He added: “Since Horace became general secretary there has been a new sense of urgency and drive within the organisation with initiatives to bring the worth of our members to the attention of not only the general public but politicians of all persuasions. We have campaigns in the orchestral field which have brought great steps towards parity for extras and deputies, together with joint initiatives like the Manifesto for British Orchestras with the ABO.

Lee also highlighted the initiative to attend party conferences, including the Conservatives, and present a stand at these events to push the MU’s campaigns to politicians and party delegates.

“We have access to ministers in a Tory Government to an extent not previously experienced,” said Lee.

Lee noted that an extension to the term of office was also granted to previous general secretary John Smith.

He also defended the process that led to the extension, including approving the decision as soon as it was proposed at a meeting in February.

“It had been my intention to let Horace present his request and allow questions to be heard, and then return to the matter at the March EC meeting thereby allowing time for further reflection,” said Lee. “The mood of the meeting was so enthusiastic and decisive in support that there was no need to defer until March.”

Responding to a complaint from a union member, Lee said the “suggestion that the minutes were held back… in order to be obscured under the pandemic news whirl, is insulting to the integrity of our hard working officials and EC in such difficult times where our resources are being sorely tested.”