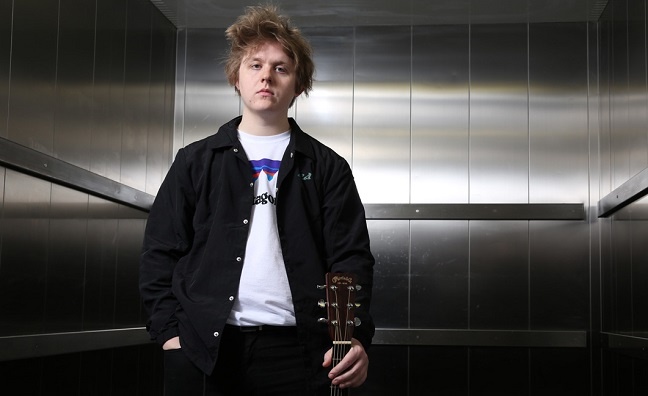 Lewis Capaldi has revealed some of the secrets of his social media success in a new interview with Music Week.

The 22-year-old has amassed a remarkable 1.5 million followers on Instagram and a not-too-shabby 350,000 on Twitter after a series of posts went viral (check out the video below for a flavour).

The Scottish singer/songwriter first noticed his online following take off in the wake of his 2017 debut Bruises, which saw him become the fastest unsigned artist to hit 25 million Spotify plays. However, things have moved to a whole new level courtesy of smash piano ballad Someone You Loved (823,355 sales – OCC), which spent seven weeks at No.1 earlier this year.

"Since February, it has just taken on a life of its own," said Capaldi, speaking in the new issue of Music Week. "I used to use social media the exact same way I use it now, it’s just that no one was fucking listening.

"I stopped for about 18 months when I was 16/17 because I was like, ‘I want to be off the grid and I will be really cool’. I was just being a prick. And then, because I’d been away from it for so long, I didn’t know what to post. It’s quite hard to put yourself out there initially because it’s one thing if someone says, ‘I hate your music’. It’s another thing if they say, ‘I fucking hate you’.

"I don’t know when exactly, but I stopped posting things like, ‘Great show tonight in Birmingham’, and just wanted to have a laugh with it and do stuff that I was doing when I was 15. My sense of humour hasn’t evolved much – I talk about pubic hair and going for a shit and apparently that’s funny. I’m 22 years old and need to grow up, but I wanted to take the piss because there is a lot of negativity on social media. Now, there are even more people listening to me talk about fucking shiting."

Last week, Capaldi sold out his UK and Ireland arena tour in minutes, prior to the release of his debut LP Divinely Uninspired To A Hellish Extent, which comes out via Virgin EMI on May 17. He added that his social media success was not the result of any grand plan.

He said: "People in the music industry go, ‘The social media strategy is absolutely incredible, man’ and you’re like, ‘What fucking strategy?! Do you think if there was a strategy I would be talking about my arse as much?!’ I post shite and I talk to people online – that’s all I do.

"In 2019, I think people like to know who their music is coming from. They just like to know – I’m trying to think of a lovely way to say this – if you’re a prick or not. And if you are a prick that will hinder you, because no one likes a wanker."