Never mind the BRITs: Why XL's New Gen compilation is more important to the UK underground than any award 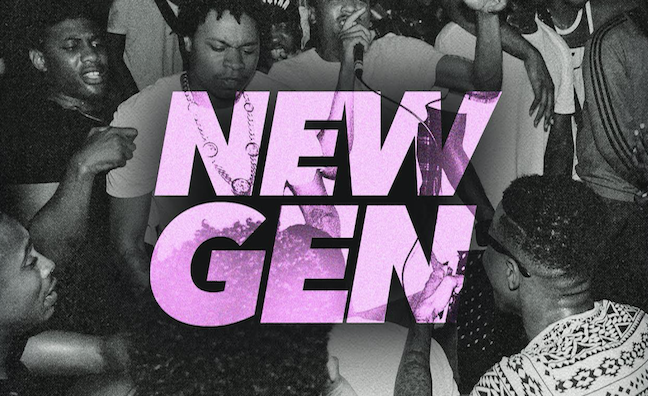 Welcome to the new generation.

Already, this record has the feel of a time capsule – if it was compiled in a few months’ time, there’d be new names on the tracklisting. Beyond that, it comes as a timely counterpoint to the continuing hype around the movement’s Skepta-led assault on 2016 and its belated arrival at The BRITs party. The message seems to be, while those things are worth celebrating, a better investment of everyone’s time woud be to revert back to the kind of clubs and radio stations those big names originated from to seek out their successors.

That’s precisely the task Caroline Simionescu-Marin – an XL A&R and creative director at GRM Daily – set herself when she had the idea to turn her New Gen concept into a full-blown album. New Gen started out with live events in 2015 (the first featured Bonkaz, Avelino, Renz, TE dness and Clipstar) before taking up a residency on Radar Radio, an online station similarly dedicated to new talent.

It quickly became a movement and, while grime was busy stepping up its exploration of the mainstream, Simionescu-Marin was plotting a way to use that exposure to shine a light on an array of talent that’s more disparate in sound than you might assume.

Yes, there’s grime here (AJ Tracey, Bonkaz), but there’s also soulful R&B (BBC Sound Of 2017 winner Ray Blk, J Warner) articulate UK rap (TE dness, Avelino, who like Skepta, is from Tottenham) and a fistful of artists who defy genre pigeonholing sentences like this one (Kojey Radical, Tiggs Da Author, 67). Then there’s the small matter of Stefflon Don, who looks set to spend the year making Nicki Minaj look like the retired leader of a knitting circle in Eastbourne. Also – look out for Atlantic signed trio WSTRN, who contribute Loose.

The whole package feels like descending into a dark room where the walls reverberate with music and the noise of people who look and sound cooler and more interesting than you’d previously imagined possible. It seems New Gen could generate excitement and traction in a similar way to 679 Recordings’ Run The Road series, which showcased, among others, Dizzee Rascal, Wiley, Tinchy Stryder and Kano. But that was more than a decade ago and, crucially, New Gen doesn’t restrict itself to one genre.

And, rather than searching for identikit Skeptas and trying to commercialise success, this is the kind of thing the industry should be doing to build on the recent buzz around UK rap.

Here’s to this new generation, and all those that follow…