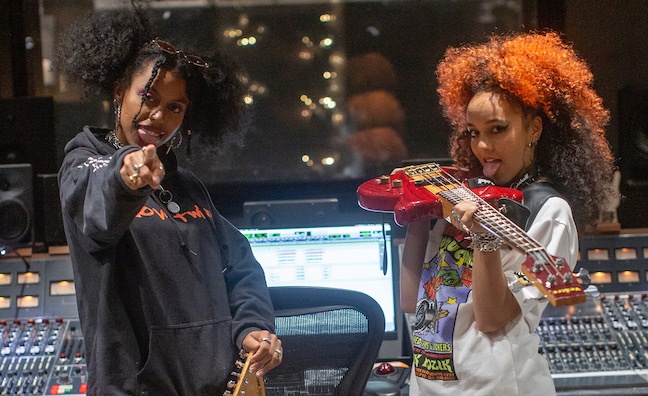 Independent rock band Nova Twins have announced a new partnership as they sign to Marshall Records. They have also revealed they have begun work recording new music at Marshall’s state of the art studio in Milton Keynes.

The duo – consisting of vocalist/guitarist Amy Love and bassist Georgia South – have been making waves in the UK rock scene merging elements of punk, pop and grunge to craft their raucous sound, earning them Best UK Breakthrough Band at the Heavy Music Awards in 2020.

Since the release of their debut self-titled EP in 2016, the pair have collaborated with Bring Me The Horizon, became the face of Dr. Martens 2019 campaign and garnered more than 38 million Spotify streams. Their debut album Who Are The Girls? was released last year, and received support from the likes of Annie Mac and Jack Saunders on BBC Radio 1.

Speaking on the news, Nova Twins said: “We’re so happy to be extending our team by joining forces with Marshall on this new venture. Marshall understands how to work with independent artists like us, creating a unique and fair partnership that puts us, our rights and our music first, giving us the freedom to be ourselves. This should be the industry standard. Marshall have already been so accommodating and we’ve loved having access to their brand-new studio to record new tracks. We’re so excited to embark on this journey with them and see what the future holds!”

“Releasing our debut album in collaboration with the 333 Wreckords Crew was amazing," they continued. "We continue to be a part of the artist collective and receive advice from Jason Aalon Butler, who’s endless support means the world to us. He’s a rare gem in this industry. The Nova family just got bigger. Watch this space!”

This year has already seen them further their award's status as they earn nominations for One To Watch at the AIM Awards in addition to Best UK Band and Best Video at the Heavy Music Awards.

Steve Tannett, music director at Marshall Amplification and responsible for Marshall Records, Marshall Live Agency and Marshall Studio, added: “The music industry has been ever-evolving since I joined it in the seventies. Marshall as a company is going back to its core beliefs and doing exactly what Jim Marshall did all those years ago – listening to the next generation of artists and their needs. This partnership is holistic, it ensures we build a strategy that meets the goals of the band. It goes beyond the current industry standards and gives this incredibly talented band the platform they deserve. In all my years I’ve never been prouder to have an agreement where I know the artist is the most important person in the deal. Marshall is pioneering the way for future recording agreements.” 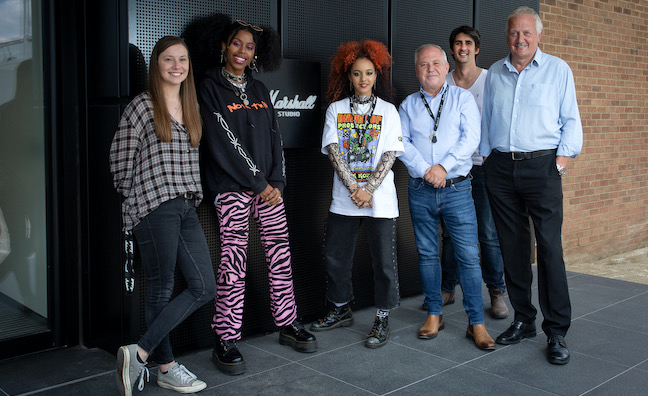