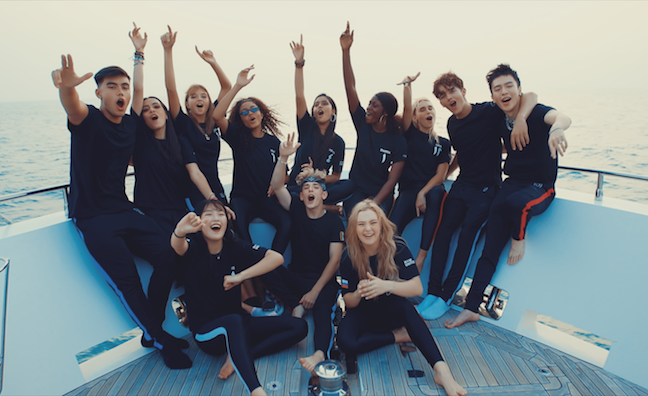 The global music group, created by Simon Fuller, features 15 artists from 15 countries. That number is now set to swell with the group starting to reunite in Dubai to continue their search for a new member from the Middle East and North Africa.

As part of their continued partnership with Now United, Pepsi collaborated on the official music video, which showcases the song recorded from the group members’ individual homes while apart over these last months, along with footage filmed during their Pepsi-sponsored world travels in 2019, before the global pandemic.

The brand will feature the uplifting summer track in its advertising and digital content to be rolled out in various markets around the world.

The group are coming together in Dubai to collaborate on new music and to complete the search for a new member from the Middle East and North Africa, announced last November. A September bootcamp event will include virtual auditions from finalists, with the winner joining the group in Dubai.

“Now United is all about incredible young talent coming together to showcase their passion for music and dance, and to share their unique backgrounds with fans around the globe,” said Fuller, founder of XIX Entertainment. “We are so impressed with the submissions we received and look forward to announcing soon a wonderful new talent to join the group and represent the region.”

In 2019, Pepsi joined forces with Now United when they recorded a refreshed Pepsi jingle and music video filmed in the Philippines. Later that year, Now United also performed alongside global artists at the UEFA Champions League Final Fan Festival in Madrid, sponsored by Pepsi.

Ellen Healy, global head of music and entertainment, PepsiCo, said: “Pepsi has long been committed to giving emerging artists a global platform for their music, which is why we are excited to support the release of Feel it Now and to see them shine a light on the Middle East’s energetic and vibrant music culture with the search for a new member from this region. As a brand, we have loved being a part of the group’s journey over the last 18 months and seeing how they continue to support our shared values of unity and positivity, even during these unprecedented times.”

Now United’s Bailey May said: “Feel It Now captures the spirit of both Now United and Pepsi and celebrates how we’re feeling about being back together. Over the past six months, we and our amazing fans have sung together, danced together and stuck together, even when we couldn’t be together. We are thrilled to be back together again in Dubai to create new music that our fans will love, and to find our new member from the region.”