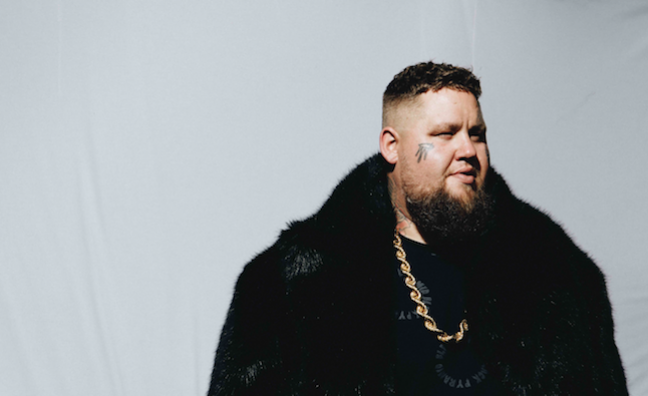 Rag'N'Bone Man has opened up to Music Week about his hopes of breaking the US with his new LP Life By Misadventure.

The Columbia-signed singer, aka Rory Graham, topped the charts across Europe with his 4x platinum 2017 debut Human, but failed to make a splash in the US.

However, Graham's collaboration with global superstar Pink, Anywhere Away From Here, is up to No.12 in the latest Official Charts Company midweeks and is expected to chart even higher following his performance at Wednesday night's BRIT Awards. And with Life By Misadventure in with a chance of becoming the UK's biggest first-week seller of 2021 so far, Graham is keeping his fingers crossed his domestic success will translate across the pond.

"I really hope this record opens things up for me," said the 36-year-old. "I’ve never really thought, 'I’m gonna try and break America,' it’s never really been in my peripheral. If I did, it would be amazing… On the last record, when we were doing all the promo and stuff, it was right around the time that I had [Graham's son] Reuben, I had to come back from America when he was born. It was like, I either go back to the US when my child’s at home and do three months of promo, or I just stay at home.

"The fact it didn’t take off as much in the US was probably my fault, but there are more important things and being there when I’ve got a baby at home is much more important than having a hit in America. But now that he’s a bit older, I feel I’d probably put in the time. Listening to these sons, I feel like this record potentially could do something in the US. That makes me exited to be able to travel there. I really hope it does."

"It’s weird, but I can’t see myself doing a record [in the UK] now I’ve been out there and done it in that way," he said. "On the next one I feel like I might just move over there for a bit and make the whole record there and not bother with anything here."

Graham, who has been busy plugging his new LP on the chat show circuit, said he was getting used to his promotional duties.

"It’s still daunting and I still don’t really like the idea of being on TV and stuff, it still freaks me out and I still don’t feel comfortable in front of a camera, but I’ve come to terms with it," he said. "There are parts of this job that make me feel uncomfortable but the good certainly outweighs it so much that I’ll deal with stuff like that. You kind of have to, it’s part and parcel of the job."