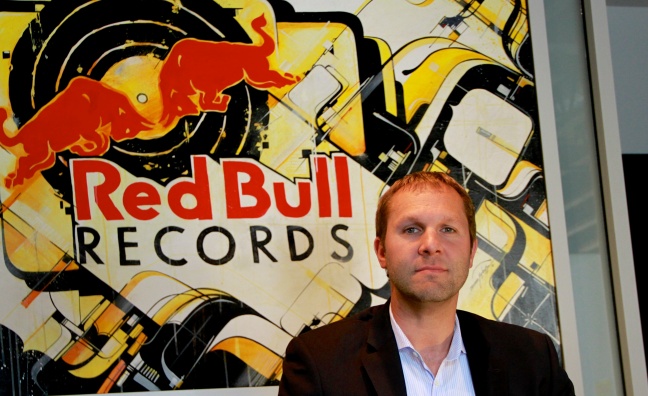 As Twin Atlantic gear up to release their fourth album, GLA, the Scottish band’s label, Red Bull Records, is also ramping up for its biggest release yet. But far from being an overnight success, Red Bull Records MD Greg Hammer attributes both the band’s success so far – their last gig was at the 13,000-capacity SSE Hydro – and the label’s success to “patience”.

Speaking to Music Week, Hammer said: “Some people can confuse patience for a lack of ambition or urgency. That’s not the case. We want to win just like every other label; we want to be successful and have successful artists. Patience is attributable to not trying to go for the brass ring immediately, taking your time and building a body of work.”

He added: “When we started the company, we just hoped somebody would care, and that we’d be able to meet our mission: to find amazing artists and help them develop sustainable and successful careers. To make a cultural impact. And with a few artists, we’ve been able to do that. The goal is to have all of our artists get to that level.

“It’s awesome to be able to work with and for a company like Red Bull that gets it, and has the patience to take their time and allow us to do that with our artists. For us to have a roster of artists who are truly making that cultural impact that we’re looking to make, sometimes it takes a bit of time.

“Twin Atlantic are a great example. It’s been seven years since we signed them. We had a five to 10 year plan when we signed the band, and we’re right on schedule. Even though they’ve gotten to a certain level now, we absolute expect and hope for them to get even bigger, this record and beyond.”

Twin Atlantic’s last album, 2014’s Great Divide, charted at No.6 in the UK. It’s sold over 46,000 copies to date, according to Official Charts Data. That’s not bad for a rock band, but Hammer is more concerned with the band’s live potential, at home and abroad.

“Those kind of things maybe mean less in today’s landscape, but at the same time, they’re great tentpoles to have,” he said. “I’m not going to sit here and say it wouldn’t be great if those things happen, but it’s such a challenging landscape out there now. You’ve got record sales and streaming, but the big ticket items for an artist making an impact are live, much more so than ever before, and it’s such a challenge to get the consumer to put their money down for any one aspect of an artist’s career.

He added: “We’ve always had the idea that this is a band that could make an impact globally.

“While we’ve had a lot of success in the UK, and a good amount of success in Europe, there’s a lot of the world left to conquer. There have definitely been some interesting pockets where the band has gotten a strong fanbase - South Africa, Australia, the US. But we’re not at the level where we want to be yet. We’ve always taken the approach that this is an act that needs to have a global impact, and hopefully one day be as big internationally as they are in the UK.”