Twin Atlantic on why rock needs to embrace new ideas 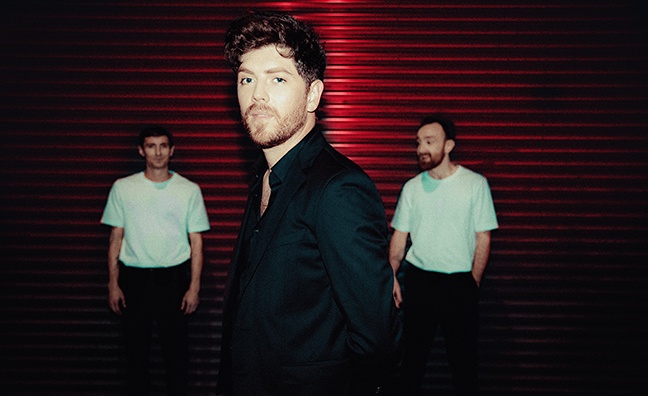 Twin Atlantic frontman Sam McTrusty has spoken to Music Week about their ambition to bring “new sounds” to the rock genre.

The Scottish band are currently playing an underplay tour throughout the month, with a London date at the Electric Ballroom on March 20.

Ultimately, though, Twin Atlantic have their eyes on bigger stages to promote new album Power, their first for Virgin EMI. A festival date at Trnsmt has been confirmed for July.

“Even from the very first interview I did, I was like, ‘I would love to play a stadium show’, because that’s just my personality,” said McTrusty. “And I see [these songs] making sense in bigger spaces.

“When we get together [as a band], we just end up making really dramatic, big choruses and it just seems to align itself with that [major label] world a bit more. Our ambition is always to try and shoot for the highest, impossible target.”

McTrusty said the electronic textures on the new album could help their cause on DSPs. He called for rock acts to show a greater willingness to innovate.

“Rock has been clinging on to the old ideals a little bit too much,” he said. “Rock could be at the forefront of music making again, if it just stopped looking over its shoulder back at what people have done before and the rules that have been laid out. It’s meant to be about new sounds and new textures.”