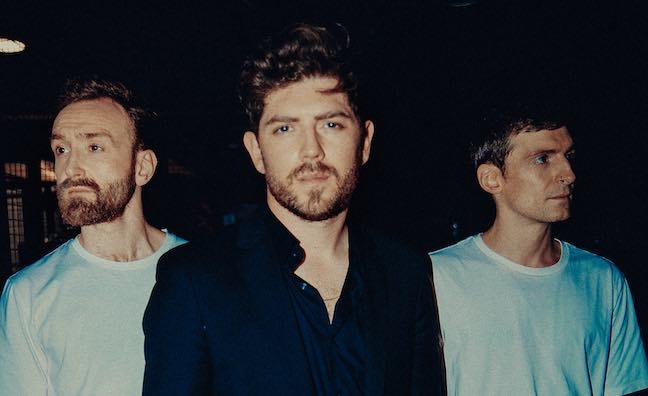 “We met the band, we were really excited by what we heard and what they wanted to do,” said Carew. “It’s a genre of music that feels like it’s on the return. It needs to be supported, because there are some proper young stars out there.”

Carew noted the BRITs nomination for Bring Me The Horizon and the success of Sam Fender as encouraging signs for guitar music.

“We didn’t have anything on the roster that spoke to that audience,” he said. “So it was a no-brainer.”

“It’s certainly a different sound for them, but they felt it was important, on the fifth album, to be a bit more experimental,” said Carew. “They produced a lot of the record themselves for the first time in their home studio. They recognised that to modernise themselves, they should come back with something different.”

Twin Atlantic still have ground to make up with streaming, though 2014 Top 20 single Heart And Soul has racked up 18,144,863 Spotify streams. Carew said Spotify monthly listeners of 505,613 are up from low six figures at the campaign launch.

“We actually hope to be coming very quickly with a follow-up album,” he said. “We know that the way to both build and maintain a streaming audience is to keep releasing music at very regular intervals. We want to be fairly bold and really keep the release cycle ticking over this year.”

“That’s ultimately one of the reasons that the band chose us [Virgin EMI/Universal],” he said. “We’re a global company and they had faith in the fact that we can help them break into new areas.”