'Five years ago, we wouldn't have been allowed to have two albums' Foals in second close race for No.1 in 2019 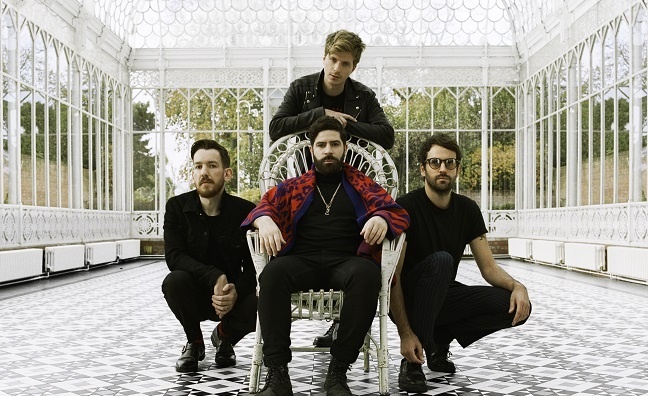 Foals are locked in a tight battle for the No.1 UK album for a second time in 2019.

Everything Not Saved Will Be Lost – Part 1 was pipped to the top by Dave's Psychodrama in March but are back in contention again today (October 25) with the second part of the same album series.

And with another close race underway – this time against James Arthur's You – the band have told Music Week it's evidence of the album format's enduring popularity.

“I don’t think [the album] will die, because people have too much fun making records,” guitarist Jimmy Smith declared.

“A world where people just make one-off songs would be pretty bleak. If you’re at all interested in innovation musically and pushing yourself forward, then you have to do an album because it’s the only way you can fully explore your sound.”

Smith added that rather than harm LPs, streaming had, in fact, made it possible for the group to explore and release Part 1 and Part 2 of Everything Not Saved Will Be Lost within months of each other.

“Five years ago, we wouldn’t have been allowed to have two albums,” he said, adding though that the material had to be right for the Part 1 and Part 2 approach to work

“We wouldn’t ever release 20 songs if we didn’t think they were all worthy. We just set ourselves the goal of trying to record as much music as possible and pick the best bits.”

Everything Not Saved Will Be Lost – Part 1 was Foals’ fifth studio album and secured the band their third nomination for the Hyundai Mercury Prize.