'Streaming is how we continue the conversation': Inside Warner Records' dual album campaign for Foals 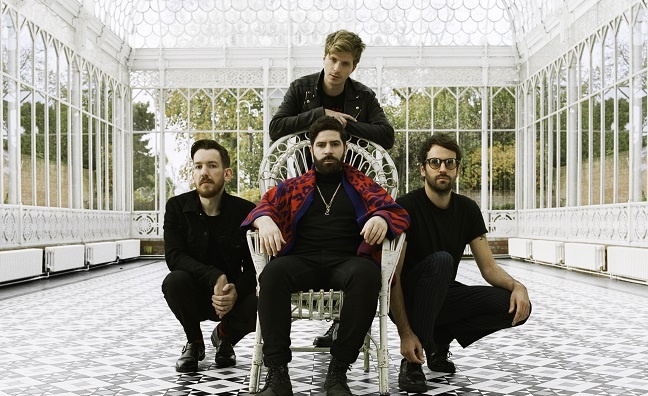 Warner Records GM Jennifer Ivory has spoken to Music Week about the Foals campaign, as the band release their second album in seven months.

Everything Not Saved Will Be Lost – Part 2 dropped on Friday (October 18).

The first instalment narrowly missed out on No.1 by 279 copies after a close chart battle with Dave. Everything Not Saved Will Be Lost – Part 1 has sales to date of 60,006 (33.6% from streams), according to the Official Charts Company.

“Our mission statement was to keep continuing the conversation with Foals, not bookending it after the release of Part 1,” said Ivory. “Besides putting lots of great music out, lots of amazing content and giving us an opportunity to have a longer campaign for their new music, we have to nod our head to the streaming landscape. That’s how we continue the conversation. We care as much about week one as we do week 52, and we can do that with continuously releasing music in this way.”

The first album boosted the band’s streaming numbers. They currently have 4,137,936 monthly listeners on Spotify.

“The first part of the record was definitely more of a critical darling, it was sonically different – In Degrees is a very different track for them, Exits is a very different track for them,” said Ivory. “It resulted in probably the best reviews of their career and their third Mercury nomination. The second album is a little bit punchier in terms of guitars and riffs, so it definitely feels different. But there are a few moments that tie them together.”

Releases at different points in the calendar have also opened up new areas in terms of promotion for Foals, as well as maintaining streaming and radio support. Current single The Runner has debuted at No.35 on the UK airplay chart.

“There are a lot of opportunities we were able to hold back for this album,” Ivory told Music Week. “Later… With Jools Holland was not around on the first album and now it’s back, so we’re obviously going to be doing that. We also did our own making-of documentary of the band producing their own album, which we haven't put out yet.”

The second phase of the campaign will also feature an Amazon Originals documentary, Rip Up The Road, available on Amazon Prime on November 15.

“It’s on the road with them, candid backstage moments, showing the band of brothers and the fun people that they are, which a lot of people don't see unless you know them really well, like we do,” said Ivory.