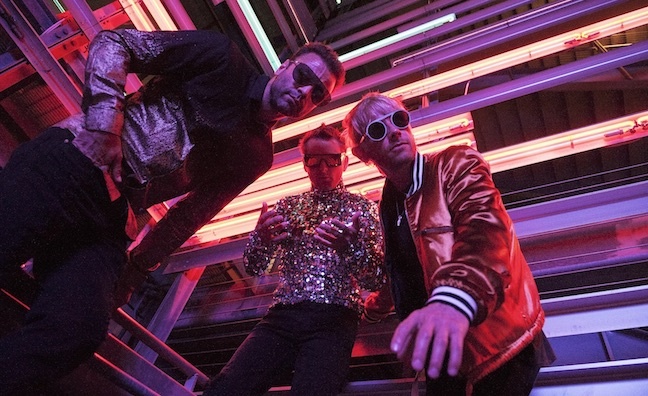 Warner Bros Records UK GM Jennifer Ivory has told Music Week that Muse’s new  album, Simulation Theory, confirms their status as “one of the biggest in the world”.

Muse debuted at the top of the chart on first week sales of 44,320, according to the Official Charts Company. It was their sixth No.1 album and their publisher, Warner/Chappell MD Mike Smith, describes it as “one of the most important releases of the year” in the latest issue of Music Week.

“We had big ambitions for the album from the very start,” said Ivory. “We’ve developed and have been releasing some exciting creative across multiple platforms around the ’80s synth-wave concept that speaks to long term Muse fans.”

It's been a good few weeks for the label with Warner Bros aiming for another No.1 with Michael Buble.

As one of the biggest UK rock acts internationally, Muse have also made a global impact with Simulation Theory.

“Both the UK and France are the lead markets for Muse,” said Ivory. “This album confirms the band’s global status as one of the biggest in the world.”

Demand for the album was boosted by a ticketing bundle for next summer’s world tour, including London Stadium (June 1) and Manchester Etihad Stadium (June 8).

“The band and management have been working hard on the evolution of the ‘80s synth-wave concept to help broaden the creative story of the album across digital and social initiatives,” said Ivory. “The campaign will stay fresh with streaming platform activities which have been held back for early next year. From a release perspective, we’ll also continue to service singles at the beginning of 2019 globally to lead nicely into the stadium shows.”

While Simulation Theory performed strongly on physical formats, including a super-deluxe box set, Ivory said that streaming has also been a priority from the off. Streaming accounted for 9.1% of Simulation Theory’s first week sales.

“We’ve created remixes and acoustic versions of album tracks which feature on the deluxe version, which have also been worked into other genre and mood playlists on the platforms to maximise reach,” she said.

To read the Music Week interview with Mike Smith on Muse pick up the latest issue - or subscribers can click here. To subscribe and never miss a big industry story click here.