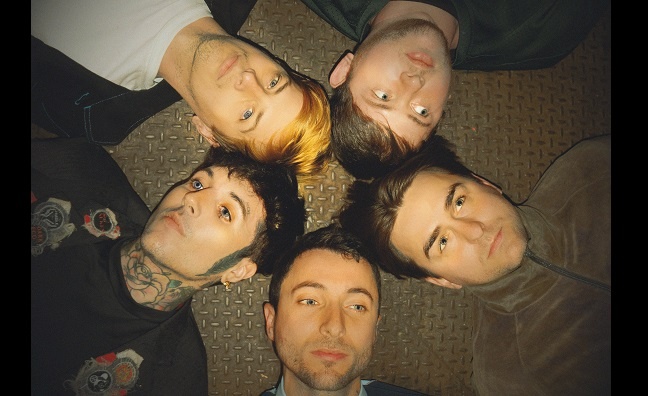 The rock revival is starting to feel like a genuine phenomenon in 2020.

There’s a buzz around new guitar acts including Inhaler, Sea Girls and Yungblud, while Twin Atlantic have been snapped up by Virgin EMI for their new album.

And now the BRITs have just given Bring Me The Horizon their first ever nomination.

The band are up for the Best Group award in recognition of their first No.1 album Amo (RCA). They’ll be competing with Coldplay, D-Block Europe, Foals and Bastille.

Speaking in the latest issue of Music Week, Raw Power CEO Craig Jennings, the band’s manager, said the BRITs nod can be a significant moment for them.

“It is a breakthrough, this is a band that have really been outside the mainstream,” said Jennings. “We’ve never been on British TV, we’ve never done Later... With Jools Holland. The band are all buzzing about [the nomination] – it’s been a pretty phenomenal year.”

Bring Me The Horizon’s sixth LP has sales of 77,758, according to the Official Charts Company.

It has been nominated in the Best Rock Album category at the Grammys. Jennings stressed that it’s been a process of long-term growth for the group.

We want the band to get bigger, whilst retaining artistic integrity and doing things the way we want to do them

“We've been managing the band now for almost 12 years, there’s been that build and yet I still think they’re seen by a lot of people as new band,” he said. “It’s our first big nomination – it’s only taken us 12 years and they were going three years before that! So this is a band that’s been going 15 years just getting their first BRIT nomination. It’s an example to anybody about artist development, we’re all excited about it.”

Amo features multi-genre collaborators including Grimes, US rapper Rahzel and Dani Filth. The band have recently collaborated with Halsey.

“We've always done things on our own terms,” said Jennings. “I pretty much A&R the records with [Raw Power director] Matt Ash, we don’t have massive input on the label side in terms of the records that we make. Jordan [Fish] and Oli [Sykes] produce the records. We really are an outsider band. But what we ideally want is for the band to get bigger and bigger, whilst retaining artistic integrity and doing things the way we want to do them.”

Monthly Spotify listeners have climbed to 5,057,693, following the impact of Ludens from the Death Stranding: Timefall video game OST.

The full line-up of performers at the February 18 BRITs ceremony at The O2 has yet to be confirmed, but Jennings is hoping that Horizon get a slot on the night.

“If the band’s first TV performance in the UK was live on the BRITs, that would be really something,” he told Music Week. “That would be a true breakthrough moment.”

To read the interview with Craig Jennings pick up the latest issue – or subscribers can click here.