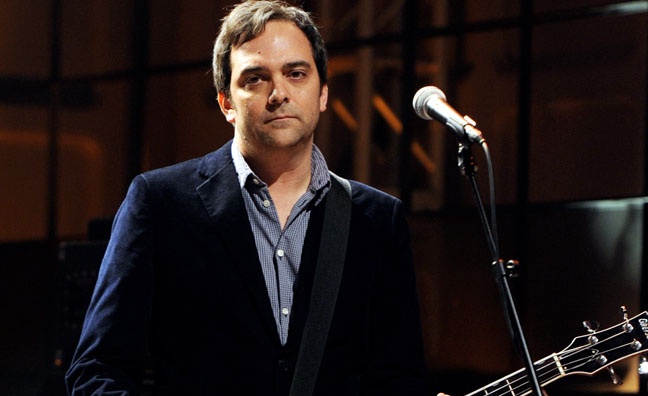 You might not know all Adam Schlesinger’s songs. But boy, did his songs know you.

Because the Fountains Of Wayne songwriter, whose work found a wider audience via his film, TV and stage soundtracks, made a career out of writing the songs that no one else ever quite got round to, about the people most rock songs don’t bother to acknowledge. He could pinpoint the details of the human condition like no other rock writer.

The FOW bassist, guitarist, keyboard player, occasional singer and prolific songwriter died yesterday (April 1), of complications caused by the coronavirus. And even amidst the wreckage of the entire planet, his passing stands out as a great musical loss.

On the face of it, Fountains Of Wayne were a cult indie rock band, who broke into the mainstream only briefly in 2003 with Stacy’s Mom, a power-pop hymn to a Mrs Robinson type that featured pole-dancing model Rachel Hunter and lives on via every pop-punk compilation ever. It’s sold 571,481 copies in the UK, according to the Official Charts Company, and will be adding to that by the hour today. But – in an irony that Schlesinger acknowledged, if never quite appreciated – as a song, Stacy’s Mom is completely misrepresentative of his band and his craft.

Because, while Fountains Of Wayne always wrote irresistible pop songs, they mainly specialised in less obvious fare and much less obvious individuals. Because all FOW songs were credited to both Scheslinger and Chris Collingwood (who sang almost everything), it’s hard to know precisely which songs Schlesinger was responsible for.

But whoever’s hand was on the tiller, FOW’s stock-in trade of marrying pithy character studies with poppy melodies saw them sail through five albums stuffed with the most cherishable anthems this side of the Weezer back catalogue.

Whether it was the oafish boyfriend of Leave The Biker (from FOW’s 1996 self-titled debut); the frustrated suburbanite of A Fine Day For A Parade (from 1999’s Utopia Parkway); the jaded guy pining for his movie star friend in Hackensack (from 2003’s Welcome Interstate Managers, once memorably covered by Katy Perry); the weary airport lovebirds of Michael And Heather At The Baggage Claim (2007’s Traffic And Weather); or the squabbling grifters of Richie And Ruben (2011 swansong Sky Full Of Holes), FOW characters always felt real. And when they didn’t, Schlesinger’s knack for dry subversions of rock clichés usually saved the day. Who else would deliberately pen a chugging drivetime anthem to a boring car (’92 Subaru) or come up with the line, “Please don’t rock me tonight/I’m not in the mood”?

With those instincts for backstory, nuance and parody, it perhaps should have been no surprise that Schlesinger’s soundtrack work usually took him to a larger audience than Fountains Of Wayne ever did. He was never one to hog the limelight, so you could easily miss some of his work. Your correspondent once – having been dragged unwillingly to see Hugh Grant/Drew Barrymore romcom Music And Lyrics – noted the surprising quality of the soundtrack’s spoof ‘80s songs, only to find Schlesinger was behind them.

His first smash in that area was writing the title track for Tom Hank’s 1997 movie, That Thing You Do!, a biopic for a fictional band that couldn’t escape their biggest hit, foreshadowing FOW’s own experience six years later. Unlike The Oneders, Fountains Of Wayne never even tried to follow it up, but Schlesinger had hit after hit outside of indie rock circles. My Crazy Ex-Girlfriend (for which he won an Emmy), the musical Cry-Baby, Stephen Colbert’s Christmas Special, even Sesame Street, Schlesinger could adapt his songwriting style to almost anything.

That’s why the tributes poured in from many more sectors than the average indie rocker could expect. So, alongside the likes of Dashboard Confessional and Speedy Ortiz, there was Jack Antonoff and Diane Warren, Tom Hanks and Kathy Griffin, even Stephen King, all acknowledging the brilliance of his writing. Which, if we can still smile in awful situations such as this, is as wryly amusing as one of Schlesinger’s songs, because – Stacy’s Mom aside – Fountains Of Wayne as a band always felt like your own little secret.

But, while Schlesinger’s songwriting talents were rarely in your face, once found, they never left your head, or your heart. RIP.