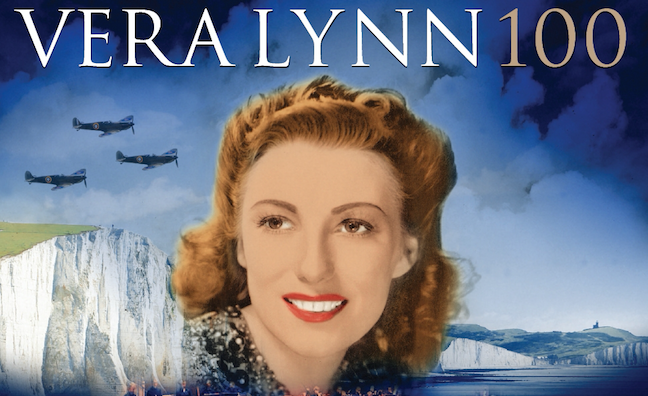 As sons and daughters up and down the country prepare to give thanks to their mothers this Sunday, music retailers will be showing their appreciation to the likes of Ed Sheeran and Rag’N’Bone Man for setting up what looks set to be one of the biggest gifting days of the year.

Of course, Mother’s Day has always been a key date on the music retail calendar, but this year retailers have been handed a couple of records that fit the gifting bill in the form of ÷ and Human. Both albums, particularly Sheeran’s, have sold by the shed load in Q1, and retailers are expecting those sales to continue strongly over the next couple of days.

On top of those, the new Vera Lynn album 100 is likely to do well, as is classical duo Ball & Boe’s Together, which proved to be one of the biggest albums of last year, particularly around Christmas.

HMV’s head of music, John Hirst, told Music Week that the store will be looking to make the most of the Mother’s Day market.

“We expect to be a good 30% up week-on-week,” he said. “We have point of sale in-store calling out the Mother’s Day message, and we make sure that our chart and front of store racking is geared towards the Mother’s Day gifting market. It just so happens that this year we’ve got a release slate that is perfectly geared towards Mother’s Day. So the two big albums that are selling week in, week out – Ed Sheeran’s ÷ and Rag’N’Bone Man’s Human – are both perfect Mother’s Day gifts. Dropped in alongside that this week we’ve got the Vera Lynn album, which is looking pretty big as well. You’ve got a couple of demographics there.

“Adele’s 25 is up on the week again, so that hasn’t really gone anywhere. And Little Mix seem to have left the teenage girls market behind and have crossed over to older demographics.”

Hirst also highlighted the soundtrack market as being a potentially lucrative opportunity this Mother’s Day.

“Beauty And The Beast has had a huge first weekend at the box office, and as a result the soundtrack has lifted week-on-week. It’s doing almost double what it did in its first week, so we are giving that a push as well. The Trolls soundtrack is also holding up very well.”

The week leading up to Mother’s Day is also significant for supermarkets stocking music. Andy Healing, senior music buyer at Sainsbury’s, told Music Week what the chain has been doing to capitalise on the big day.

“Mother’s Day tends to be the biggest gifting period for us outside of Q4, and we’re looking set for a very busy weekend, with indications being this will be the biggest for us since 2011. Aside from our standard in-category space, we are supporting Mother’s Day off shelf as well – we have selected frontline CDs located by the checkouts, and a range of catalogue titles in our Seasonal Aisle as well, offering our customers many opportunities to buy a CD as a present as the big day approaches.”

Unsurprisingly, Healing identified the usual suspects as the biggest hitters going into the weekend.

“Ed Sheeran’s album continues to fly off the shelves, and is clearly in people’s minds as a gifting option this Mother’s Day. However, he doesn’t have everything to himself as Vera Lynn’s 100 has proved hugely popular. The comps market always provides a few strong gift possibilities for Mother’s Day, and this year Now That’s What I Call Mum, Throwback Grooves and Dreamboats & Petticoats 10th Anniversary are our best performers in this area.

“Today (March 24) also offers up a range of very tempting new releases. Take That and James Blunt lead the artist slate, and the next edition in the hugely successful Sing Your Heart Out series is also hitting the shelves – aside from the Now series, SYHO 2016 was our biggest selling comp of last year, so expectations are high for this new addition to the range.”

On the digital front, it’s unlikely that there will be too much of a noticeable shift in streaming or download trends, with several of the key Mother’s Day artists, with the exception of Sheeran and, to a lesser extent Rag’N’Bone Man, doing the bulk of their business on the physical front.