Rina Sawayama calls for 'toxic comparison' of women to end 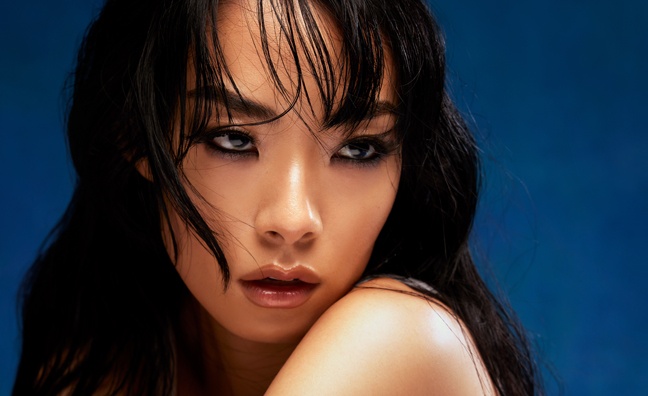 Rina Sawayama used her Music Week cover interview to call for the “toxic comparison” of female pop stars to end.

Sawayama stars on the cover of our September issue, out now, and is interviewed alongside Dirty Hit label boss Jamie Oborne and manager Will Frost from House Of Us. She releases her second album, Hold The Girl, on September 16.

“Within the fanbases there’s a comparison of women that’s so toxic,” Sawayama told Music Week. “I get it with my peers a lot and I think they get it with every other pop star who’s out there. It’s always female to female. I never see two male artists being compared. It’s kinda boring.”

Sawayama explained how the comparison can manifest online.

“I might wear something for an album shoot and then the next week it gets loaned out to another pop artist, but that shoot comes out earlier,” she said. “And then people pull up the photo, like, ‘Who copied who?’ I would love for that to end because in the background all the female musicians are so kind to each other and so supportive. We all understand that there’s space for everyone.”

Sawayama, who has turned 30 since her self-titled debut was released in 2020 at the height of the coronavirus pandemic, said that she hopes to be a driver of change for women and female-identifying people across the music industry.

“I feel like I’ve managed to be a part of that change,” she said. “I really think that the years spent outside of this industry in my 20s were so invaluable to knowing what I wanted. Because of streaming and social media, there are just so many more people who want to hear different perspectives. People are able to access lots of different albums and not just be committed to one artist. Maybe I’m being optimistic, but I’m encouraged by that.”

Sawayama has almost five million monthly listeners on Spotify, 2.3m likes on TikTok and more than 1m combined followers on Twitter and Instagram. Expectations among her team are high for the record, which features production from Paul Epworth and Stuart Price alongside long-term collaborators Clarence Clarity and Lauren Aquilina. 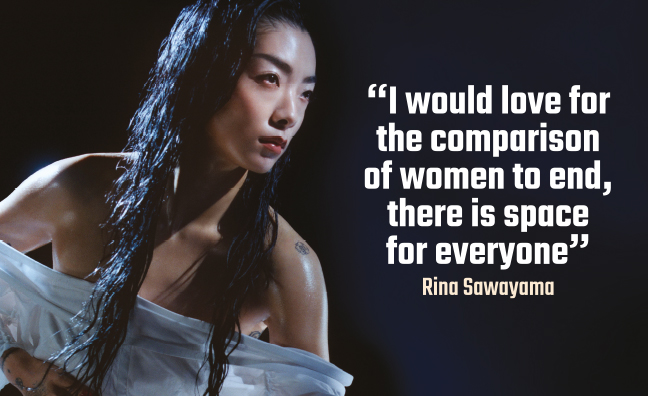 “I think that I’m a serious musician,” she said. “Not only in writing the music, but I’m also so involved in the production, the mixing, the music videos and performances. I’ve just started doing tour rehearsals and it’s so vocally intensive, I’ve realised that if I’m able to pull this off, then it means I’m a good musician.”

Sawayama continued: “That’s what I want. People can say, ‘Oh, this is different to the first record, I don’t like it,’ but if people can undeniably say, ‘Her writing has improved, her performance has improved,’ then that’s good enough. For the people listening to the record, if it heals anyone or if it touches anyone, then that’s amazing. It’s just an MP3 at the end of the day. But if that changes your life in some way or changes your day, then that’s magic.”

Sawayama, who moved to the UK from Japan as a child, has already made a significant impact on the industry here, having successfully campaigned for an amendment to grant artists who have lived in the UK for five years or longer eligibility for the BRITs and the Mercury Prize in 2021.

The singer was helped through the process by her label, Dirty Hit, who she said made a good match from her very first meeting with Oborne.

“I had a meeting with him and he just burst out laughing to [single] STFU!,” Sawayama said. “He found the music so funny. And I just knew that was the right reaction.”

“I knew if I signed to a major, I wouldn’t be able to release the singles and write the songs that I wanted,” she added. “I know albums, good albums, that have been shelved, because [the songs] don’t stream well. I knew that if I’d signed Sawayama to a major, it wouldn’t have been released in the same way, STFU! would not have been a single and I would have felt like a failure.”

Sawayama, who won the New Artist Award at our Women In Music event last year, also paid tribute to Sir Elton John, who has been another key supporter of her career. After collaborating on a version of her track Chosen Family the pair became close.