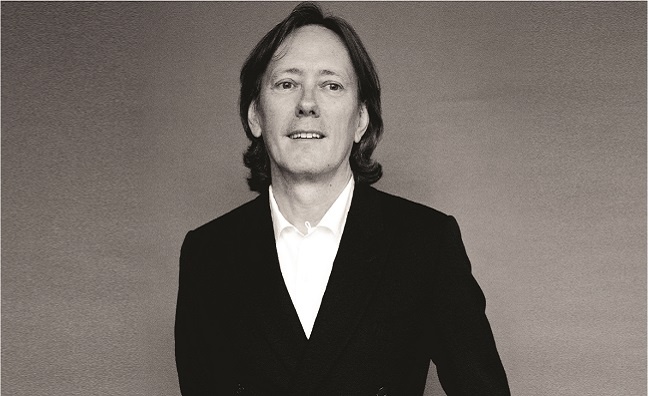 The Cure’s keyboard player Roger O’Donnell has been speaking to Music Week about his new solo record – and The Cure’s next album.

O’Donnell – who has been in Robert Smith’s legendary alternative outfit off and on for the last 33 years – releases his new solo album, 2 Ravens, today on 99X10/Caroline International. And the keyboard wizard – currently in lockdown in the West Country during the coronavirus pandemic – said the album suited the current mood of the planet.

“It’s quite reflective and probably on the other side of happy,” he said. “Even in rural Devon, isolated as I am, I’m finding it quite an anxious time. It’s certainly not an outgoing, jumping-around kind of record.”

2 Ravens is in part a collaboration with singer Jennifer Pague of Vita And The Woolf, whose involvement saw O’Donnell move away from his original idea of another instrumental album.

“My last album, Love And Other Tragedies, was completed as an instrumental record and I started this with that in mind,” he said. “But I’m always aware that adding a voice makes it more human and accessible to a lot more people. A lot of people just tune out when they don’t hear a voice. My publisher suggested letting Jen try singing on a song. She did about 30 seconds on one song and sent it back and I was like, ‘This is amazing’.

“It was as if it was always meant to be. It’s nice when things happen like that. I never said, ‘Oh, it should be like this or that’ to her. Those are the best kind of collaborations; ones that aren’t forced and just come about naturally. And she really enjoyed it because it’s so completely different from her music. It just brought the songs alive. She’s a millennial and I’m obviously not (laughs), so when we were in the studio we didn’t agree on much at all – apart from the music!”

"He just loves it and he’s so knowledgeable," said O'Donnell. "Maybe record labels have come back round to that, because they got so corporate – just before they all came tumbling down."

O’Donnell said his solo work has become an important outlet while The Cure are on a typically lengthy break between records.

“The Cure haven’t released an album for 12 years so I would have been quite creatively stifled if I hadn’t released albums in that time," he said. "It takes the pressure off of being in a band and allows me to do whatever I want. It’s good for the band and it’s great for me. I still love writing for The Cure, but that’s a smaller window of opportunity.”

The long wait for The Cure’s new album may soon be over, however, with frontman Smith regularly hinting that the record is nearly ready.

“I’m sure what’s going on now is going to [delay] it, but it’s pretty much finished,” confirmed O’Donnell. “But who knows what’s going to happen tomorrow? We wouldn’t be able to promote it with shows or anything at the moment. It’s an amazing record though, I can tell you that…”

* To read Roger O’Donnell’s The Aftershow interview, click here. To make sure you can access Music Week wherever you are, subscribe to our digital issue by clicking here.