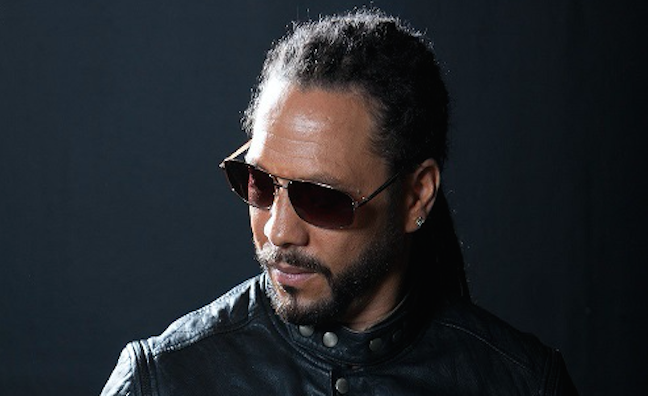 Producer and DJ Roni Size is to be honoured with the 2017 MPG (Music Producers Guild) Inspiration Award.

The award is given to recording professionals who, according to the MPG board of directors, is ‘responsible for a body of work that has significantly inspired others’. Previous recipients include Nile Rodgers, Damon Albarn, Glyn Johns and Sylvia Massy.

Throughout his career, Size has worked with several high profile artists, having amassed production credits with the likes of Method Man, Rage Against The Machine's Zac de la Rocha and beat-box master Rahzel. More recently he collaborated with the BBC’s Nature’s Great Events composer, William Goodchild, to mark the re-opening of Bristol’s Colston Hall.

Tony Platt, managing director of the MPG’s Awards Group, said: “Roni is an inspiration on so many levels. His fresh and inclusive attitude to music production and performance has opened doors for so many aspiring artists and musicians. Staying true to his roots he has avoided the stereotyping of the modern music industry. Perhaps these words from his website sum up why we are delighted to give him this MPG Inspiration Award – he has at each stage created completely afresh not just a sound or style but an entire methodology of how music can be made. And each time, that new creation has reflected his heritage, his surroundings and the precise moment in which he’s operating.”

Roni Size will be presented with his Inspiration Award at the MPG 2017 Awards ceremony, which takes place at the Grosvenor House, Park Lane, London, on February 16 2017.

Last month, the MPG and BRITs announced that they would be ‘resting’ the annual Producer Award. A statement from Platt said: “For the last eight years we have been proud to present the BRITs Best Producer Award to our UK Producer of the Year and we sincerely hope to be able to do so again. The MPG Awards are peer-led and winners are voted for by established and experienced working professionals during a carefully monitored voting and judging system. We hope that we will be able to work alongside the BRITs in future years. In the meantime, the BPI is continuing to support the MPG Awards through sponsorship."

However, Music Week sources claim that attempts from the BPI to exert greater influence over the judging of the award had driven a wedge between the two organisations.