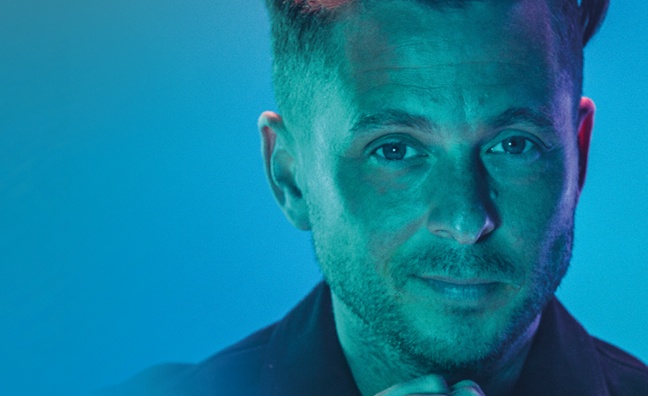 Music Week caught up with Ryan Tedder, the band’s lead singer and songwriter, to talk about the album’s journey and why he feels it’s different to 90% of the music currently in the charts...

What was the inspiration for Human?

“Let me work backwards on this one. So in 2014, 2015, we were promoting our third album Native and it was a two-and-a-half year tour. We were told it was the fourth longest tour in history. And for a married guy with a family, that wasn’t something I was innately proud of. Then we pivoted straight into recording the next album. But I had burned the candle at both ends for too long. I wasn’t sleeping. I was having panic attacks and heart palpitations and battling raging anxiety. This was at the end of 2016.”

That doesn’t sound surprising, given your schedule.

“Most bands, when they tour, they get to a town and chill out. I never did that. Whenever I’m in various cities, I’m having a writing session. So, you know, I’m in London and Ed Sheeran or London Grammar or whoever are in the hotel working with me. But I basically destroyed myself. We didn’t do a lick of promo for Oh My My. By the following year I thought I might be done, I was ready to pull the plug on the whole thing. Other artists I was working with would keep saying ‘Well, what are you doing with your band?’ and I never had an answer. Then in 2019, I ended up writing a couple of songs I really liked that sounded like us. I realised it was ridiculous to spend 15 years building a band up and then just pull everything. I think I just needed a long break.”

You said you find it easier to write for other artists than yourself. Why is that?

“Whether it’s Little Nas X or Ed Sheeran or bands like us, people want to hear your story. So, by 2017 I was thinking ‘well, I’ve had 10 years of singing about my personal life and my thoughts on stuff…’ My day job is to write hits for other artists, but I’ve never sat down and thought ‘let’s write a hit for One Republic’. Everything we've ever put out has just been a reflection, or a reaction, to me living life. So if you look at it that way it's like, if it's not raining, the crops aren't going to grow. So for me, I have to experience rain. I have to feel things, go through things, they have to land in my lap authentically. So like the inspiration for the album is two years of experiences in life that felt authentic enough to then justify a song.”

You released the single Rescue Me in May 2019, was the album supposed to follow that?

“The initial idea was to release in 2019, but we knew very quickly it wasn’t going to be ready by then. So there was a date on the books for 2020 and we were prepared and ready to go and then, of course, Covid. And to release something within like six weeks of the entire world shutting down? Everyone was glued to the news and wondering, ‘Are we all going to die? What is this disease?’ And then in America, on top of that, America split in half during 2020. It went from me thinking we were the same country to two completely different countries. And it was very upsetting, and it was a very absurd time.”

What can we expect from Human?

“I'm scrolling through the charts right now, as we're talking, and what we're about to release is wildly different, subject matter wise. You’re not going to get the boy-girl relationship. You’re going to get stuff that doesn't necessarily make you think about the girl or boy that broke your heart or whatever relationship you're currently pursuing. But it's going to make you think about yourself and life in general. And where do you fit into all of it? And like, what's your motivation? What is the pursuit of happiness? What is it that makes you content? That makes you feel human? And that's the best thing I could say about this album. It's wildly different, lyrically and conceptually, to 90%, 99% of what is currently out there.”

Subscribers can read The Aftershow with Ryan Tedder here.