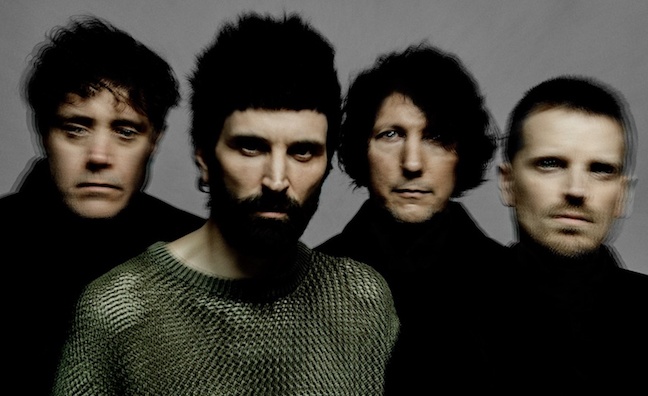 Kasabian’s Serge Pizzorno has told Music Week that he’s already looking ahead to the band’s next album as he gets to grips with life as the band’s leader.

Former singer Tom Meighan departed after pleading guilty to assaulting his partner in 2020 and Pizzorno has guided the group (completed by guitarist Tim Carter,bassist Chris Edwards and drummer Ian Matthews) into the campaign for their seventh album The Alchemist’s Euphoria. Due for release via Columbia this week, it features single Chemicals, which has 1,156,679 streams on Spotify,

Speaking to Music Week, Pizzorno opened up about what happened after Meighan left the group.

“We definitely took a lot of time to consider what the hell to do,” he said. “For a minute, it was like, ‘Maybe we do look at getting a singer in,’ but it always led back to my personal connection with every single track, because I’ve written them all.”

Pizzorno added: “No one can get across what I’m trying to say, or what these tunes are, better than me. I was very happy in my old role, I never wanted to be a frontman, but I also knew that this band’s story couldn’t carry on if I didn’t do something. And we couldn’t let that happen. So it was on me to just go, ‘Well, I’ve got to step up – if I don’t, then this ends and that’s not cool.’”

Among a busy summer run of shows, Kasabian were on the bill for Liam Gallagher’s Knebworth gig earlier this summer and are set to embark on a UK and European tour in October. Here, in a previously unseen portion of our Q&A, Pizzorno looks back on the making of the new album and explains why, for Kasabian, the future will always be the most important thing.

When Kasabian last toured you were headlining festivals. This summer you supported Liam Gallagher at Knebworth and elsewhere. Has there been a sense that you are testing the water to find your level again?

"Definitely. We're blessed and thankful that we're playing where we're playing. It's testament to the tunes, I think, that we're anywhere near the sort of level we're at. This is very much the starting point. We've got no idea where this is going to take us, but I think just to get up there and play the music that we've buzzed off playing for all these years is a great start. Wherever it takes us, who knows? But then that's the beauty of life, isn't it? That's kind of why you do it in the first place."

How will The Alchemist's Euphoria material impact the live show?

"It just elevates it. It’s given a new, fresh take on all the original material. It's like getting the old Sierra Codworth out and putting a sick new spoiler on the back and massive alloys on the wheels, making it like this muscle car. You've got this old classic, but then you just add in this modern take. That's what the old tunes feel like. They're getting this new vision from the Alchemist which is adding to them."

Who are the artists who inspired your approach on the record?

"We've done seven albums now, so you've got to kind of explore. I think what keeps a band relevant and interesting is that each record is a new world. I was listening to Xxxtentacion. The way his album is put together, two minute tracks that almost sound straight off the iPad so they feel like ideas, reminds me of things I would have made years ago. Just little ideas that you either followed and made huge, or ones that never really got finished. There was something about his approach in my mind. A$AP Rocky’s stuff was inspiring. What is interesting about him is that he is influenced by acid and psychedelia. [I’ve been listening to] Kendrick’s stuff too. Modern hip-hop is definitely in this new record of ours because it's actually very similar to how I've worked since the start. It very much felt natural, it wasn’t a stretch. I was also collecting sounds and replacing melodic instruments with noise and field recordings, always asking the question 'why is that a guitar, let's just change it,'  or, 'why is that not a guitar, let's change that!' Just always asking, ‘Why are we doing this? What's the point? Can we make it a bit more interesting? Can we take it somewhere else?’"

What matters for us is that what we're doing is relevant, beautiful and worth making

How are things looking internationally for the album?

"Everyone's really excited about the body of work. It's funny, I've always remained a huge believer in the album [format]. I don't know where that sits now, whether that's a good idea or a bad idea, I don't really know, but I still truly believe in their worth as an artistic vision. I feel they're really important. How does that work in the streaming world? God knows what that even is, I feel that's a separate take. For me though, an album is almost like an art show. It's like going to a gallery to see someone's heart and soul laid out there for you. I don't want to just go and see just one painting, I want to see the vision. I want to see everything! It’s the same with music. I want to see the artwork, I want to know each track personally, and I want to get right inside it. And I think the album delivers that. That's why I absolutely love making them. I may be mad. This is Music Week, so there might be people reading this going, 'Wow that doesn't sound like what's going on now.’ [Laughs]. But I don't care, man. I think we've made a really strong album. And in 10, 20 years, when you pick these things up and you listen back I think they are even more incredible over time."

Finally, there have been question marks over Kasabian's future, but is it fair to say the only question you're asking now is where do you go next?

"In terms of the songs, the music and the vision, that's exactly as it always was, from the very start. All that has stayed on the same trajectory. What matters for us is that what we're doing is relevant, beautiful and worth making. I don't ever see this as a heritage, ‘just play the old songs’ thing. That doesn't interest me one bit. Look, I love playing those old songs – and they mean as much to me as the fans. But this band has always been about, ‘What is the next thing? What's the next project?’ After we mastered this record, on the train home you're supposed to have a little moment to take it all in, but all I could think about was what the next record might be. I mean, whether that even happens or not I don't know, but I'm always thinking about what to do next and that will never change."