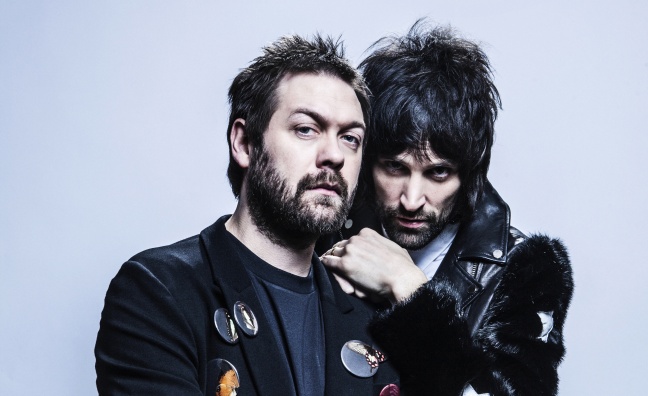 The 39-year-old (pictured, left, with ex-bandmate Serge Pizzorno) was sentenced to an 18-month community order and 200 hours' unpaid work at Leicester Magistrates' Court yesterday after admitting assaulting his former fiancee in an incident on April 9.

The group, who announced Meigan's departure the day before his court appearance, were criticised for initially saying he was stepping down due to "personal issues", but have since put out a further statement.

"As soon as we found out about the charges made against Tom, we as a band made the decision we could no longer work with him," it said. "Unfortunately, we had to hold back this information until he was found guilty in court."

The statement added: "No one in the band wanted this to happen. We have all worked so hard for the past 23 years and had big plans for our future together. We're completely heartbroken.

"But we were left with no choice but to ask Tom to leave the band. There is absolutely no way we can condone his assault conviction. Domestic violence and abuse of any kind is unacceptable.

"Ultimately, as much as Tom has hurt us all, we're no the victim in all of this. Domestic violence is something that can never be excused."

The Columbia-signed band's most recent album was 2017's For Crying Out Loud. Their only scheduled 2020 show - a hometown gig at Leicester's Victoria Park in June - was cancelled due to the coronavirus pandemic.