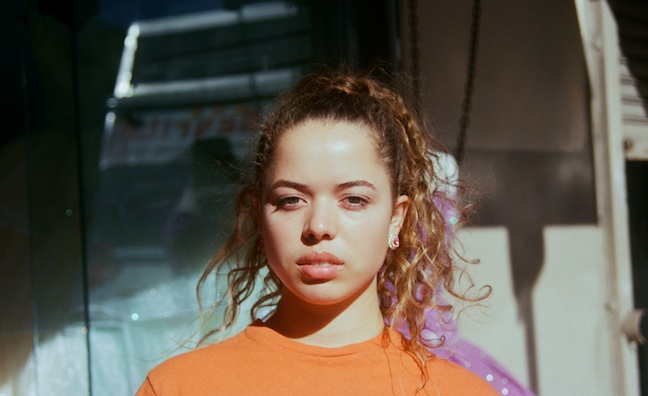 Over the last few days, we’ve been focusing on 2019 debut album artists from the UK, including Dave, Tom Walker and Lewis Capaldi.

Now it’s the turn of Nilüfer Yanya, who’s just released her LP Miss Universe. It follows a run of acclaimed EPs for the Blue Flowers label, support slots for artists including Sharon Van Etten, Interpol and The xx, and appearances on industry tip lists such as the BBC Sound Of poll.

The solo artist from west London signed to US label ATO for her debut album. Here, GM Jon Salter takes Music Week inside the campaign from a “real artist”…

Why did a US label want to sign a debut UK artist?

“Nilüfer’s voice and songwriting are absolutely extraordinary, and we fell in love with her ‘look’ and how unique, powerful and original the music is. She’s got such a strong artistic vision for a young artist. Nilüfer holds an incredibly special place in the ATO artist roster – I think she can attract new talent as well.

“US reaction has been excellent. Major radio and media influencers like NPR, Pitchfork, Fader, NPR Tiny Desk, KCRW, WXPN and The Current have all championed Nilüfer since her first EP. US-based artists like Fleet Foxes and Sharon Van Etten have all invited her to support their US touring. Also Spotify, Apple and Amazon US teams were switched on and supportive very early.”

What are the ambitions for the record globally?

“I think this is an introduction to a stunning new global artist, a new and important voice in music; someone who defies genre. It’s all about discovery, word of mouth, building an authentic music fanbase across the major territories and beyond. Nilüfer is a career artist, we’re in it with her for the long haul. I hope worldwide audiences make an emotional connection to her songs and videos and understand her message. We’re hoping she’s recognised by fans of all genres of music, and can be heard on important playlists and radio stations across the world.”

She's released several EPs and not rushed her debut. Was it important to let that develop at her own pace?

“Yes, absolutely. We dripped out two EPs, two music videos, and a 7” single over a year and a half period while she was creating, writing and recording the debut. The plan was always a long set-up utilising Nilüfer’s amazing singles and visuals that she’d been dropping when we signed her. It was also important for Nilüfer to grow and build her live show at her own pace while the EPs were out.”

Is there a big plan for indie retail and vinyl, as well as streaming playlists?

“We have a beautiful two LP set on clear vinyl, Nilüfer did the album artwork and packaging on her own, it’s incredibly cool with her own distinct style. We’re super-serving the indie record base with vinyl displays, and a gift with purchase item (button-pack), and we’ve grabbed displays and positioning at the very key indie shops in the appropriate markets, ie Amoeba. We've also sent in-store play copies out to encourage retail listening.

“Spotify, Amazon and Apple have all been champions and on it early. The indie programmers have been extremely supportive. It’s very exciting. We’ve had Nilüfer into the NYC and LA offices at Spotify and Apple to play music and meet the local teams, programmers and label reps, enjoyed major influential playlists like Pollen, All New Indie, Morning Commute at Spotify, and Untitled, Best Of The Week at Apple, and have been accepted into their artist discovery initiatives.”

How will the album concept be incorporated into marketing the record?

“The interstitials speak to the larger themes throughout the record and influenced much of the packaging, videos and other imaging Nilüfer has released alongside this album. We are gradually revealing more about We Worry About Your Health throughout the campaign with the fictional company’s website and hotline. Fans can learn more about their nefarious ways, and the anxiety that is emitted through the songs on Miss Universe, https://weworryaboutyourhealth.com and +1 888-858-WWAY.”

How did the support slot with Sharon Van Etten help the US campaign?

“Live is very important. Nilüfer’s stage presence is great, and the songs really jump out and come alive during the live set. She has a terrific band, amazing live vocal performance and her guitar playing is terrific. I believe Nilüfer is still honing in on the live show, it’s getting really good. The Sharon tour was a success, and a major opportunity; Sharon’s crowd came out early and really appreciated Nilüfer’s songs. I think we converted new fans. It was eye opening and a wonderful learning experience for Nilüfer personally, as she watched Sharon’s awesome show every night.”

What's the outlook for her as a career artist?

“I think Nilüfer is an exciting new voice in music. This is a real artist who will be around a long time, making important albums. I envision her music being used in TV and film, I can also see her scoring soundtracks. She has something to say and a message, with her own charity that she runs with her sister. I do think her live show is poised to become phenomenal – she’ll be featured on major music festivals and TV shows. ATO is here to help Nilüfer truly facilitate and execute her vision as an artist.”