"She's the voice of a generation": Island's Louis Bloom & Republic's Michael Alexander on the rise and rise of Ariana Grande 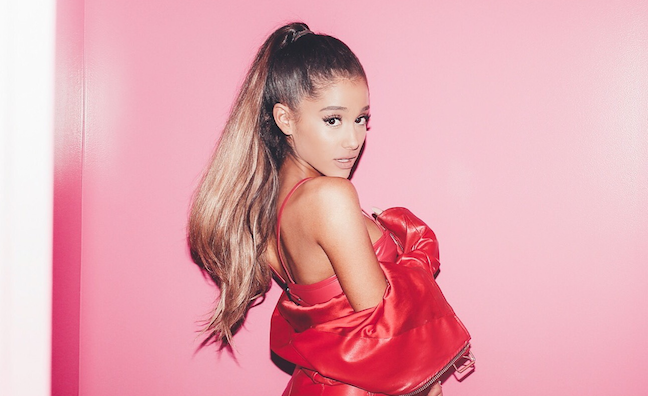 In the new issue of Music Week, we celebrate all things Ariana Grande as she returns to the UK for her huge arena tour.

We are now ten months on from Ariana Grande explaining her new release gameplan, one initiated when she released her smash surprise single Thank U, Next despite her then-new album Sweetener only being out for three months. Ariana Grande’s new single Boyfriend – featuring her close collaborators Social House – is taken from neither 2018’s Sweetener or 2019’s Thank U, Next album and has already racked up 48 million streams on Spotify alone.

“Ariana has always been restless when it comes to her music,” Braun told Music Week of her shift in philosophy. “She loves making music, [but] the standard way of releasing has always frustrated her – she always wants to give more, because everything in her music is a translation of what she’s going through in real life. And she doesn’t feel like her life moves in year-and-a-half chapters, it moves faster than that. So when we looked at the landscape and saw that hip-hop was dominating the streaming services, we decided not to move in year-and-a-half cycles, but move when culture dictates. Streaming gave us the ability to do it properly.”

Here in an unread portion of our cover feature, Bloom and Alexander talk about the response to Boyfriend and how Ariana has gone on to become a global pop phenomenon…

Are you pleased with the reaction to Boyfriend so far?

Louis Bloom: “Look, it’s an incredible response. It always is with Ariana. She’s at that point now where she’s built such a committed and loyal fanbase, such a broad fanbase, that the response is, basically, that she can drop something quickly and you’ll see a reaction. That’s because of all the hard work she’s done.”

Michael Alexander: “I think it’s incredible. With the video, you can really tell she has full say in the creative side: that’s all her. It’s exciting, interesting, unique and it’s funny, it really expresses her personality. People can see it's her.”

In terms of her jounry to becoming a global pop superstar, what did Ariana do right?

Bloom: “I think she’s completely authentic. She constantly appreciates and rewards her fans. She has 161 million followers on Instagram, but she has the time to engage directly with her fans. She’s a megastar but she’s still accessible. She played Koko last year, and she contacted fans directly to get some of them tickets – she went to the trouble of doing that. That’s how much she respects her fans. But ultimately, I just think she writes amazing, credible songs. Thank U, Next, to me, is the song of a generation. She has the voice of a generation as well.”

To what extent has the confessional nature of her newer material helped her reach more people?

Bloom: “What she says is so personal, she tells her story. At the same time, I’d say, even if you don’t know her or her stories, they’re still really relatable. She's this mix of intimacy and accessibility and it’s so powerful.”

Alexander: “Fans can see what’s real and what’s not real. I think that when artists are speaking from the heart, and they’re writing the music and the words, it makes a huge difference.”