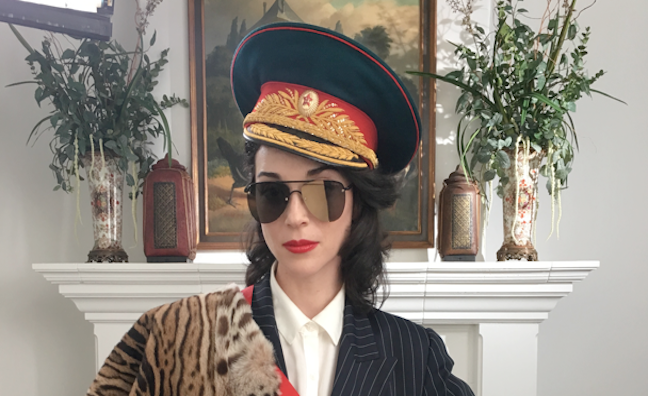 US star St Vincent has been named ambassador for this year’s Record Store Day, which is held on Saturday, April 22.

"It is with deep honor and humility that I accept this ambassadorship,” said St Vincent. “Rest assured I do not take my duties lightly."

Record Store Day co-founder, Carrie Colliton, commented: "Being the Ambassador of Record Store Day is meant to be fun and a little silly, and I think it's fantastic that we're celebrating this year with a woman who can be both those things while being a respected musician and record store regular as well. It's a damn good fit."

Now in its 10th year, Record Store Day was launched in 2008 to celebrate physical record stores. The event has since grown into a global phenomenon, with more and more retailers getting involved every year. Thousands of stores and artists the world over have embraced Record Store Day during that time, with special releases and live performances now a staple of the initiative.